Martin Scorsese’s latest film The Irishman is an opus, the exact type of movie you hope a titan will make late in their career; it synthesizes and perfects a number of themes that he has been exploring his entire career, constructing a virtually flawless film.

Scorsese has been one of the dominant voices of American cinema for the past 50 years due to the way he has chronicled the American man since the Second World War. He depicts American men, as an entire group, to be foolish buffoons hellbent on self-destruction — and taking down everyone around them down along the way.

The Irishman, like most Scorsese movies, reminded me of his favorite movie: John Ford’s 1956 western The Searchers. In that film, John Wayne plays Ethan Edwards, a Civil War veteran who goes on a years-long quest to rescue his niece after she is kidnapped by a tribe of Comanches.

The quest destroys Ethan and alienates him from his family. When he finally does find his niece (Natalie Wood), he sees that she has fully integrated into their tribe and has no memory of her birth family. She was not waiting to be rescued. This was one of the first Westerns to introduce ambivalence about the archetypal Western hero into the genre, destroying myths of American heroism and industriousness that came before.

The iconic final shot of The Searchers is John Wayne in silhouette in the doorway, isolated from everyone he knows and ostensibly loves, having failed in his all-consuming ambition. Ethan is the prototypical Scorsese protagonist: an island unto himself, pursuing a goal–an obsession–by any means necessary that no one else cares about. But he must accomplish it, and he usually fails. This is America as Scorsese sees it. 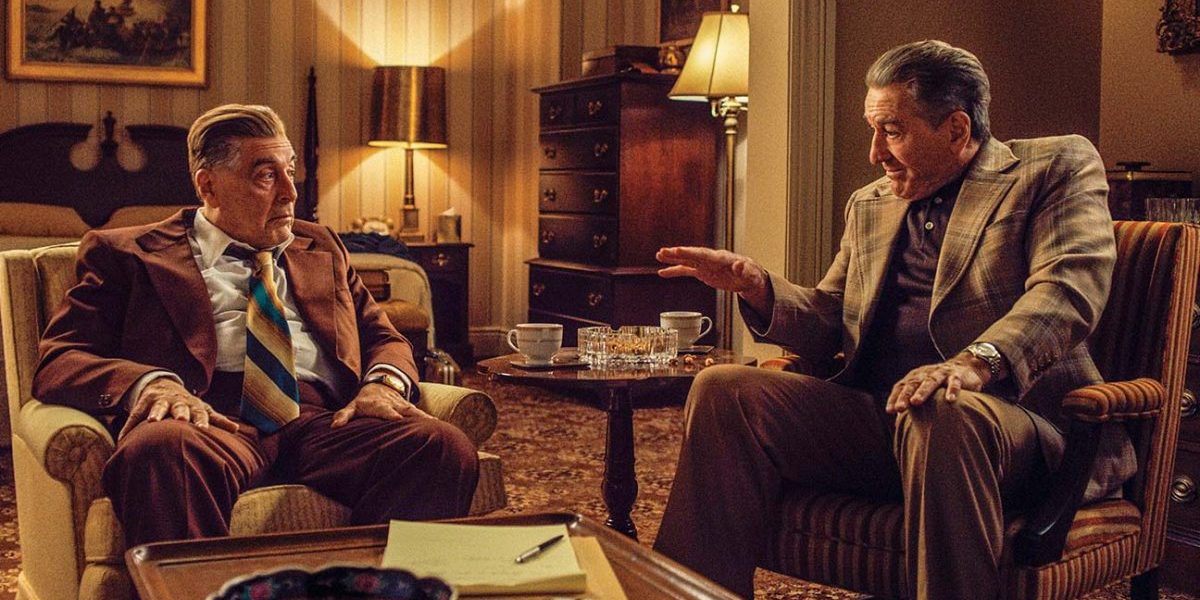 Frank Sheeran, the protagonist of The Irishman and played with incredible depth of sensitivity by Robert De Niro, is the latest such man. The film is based on Sheeran’s real life as a hitman for the Buffalino crime family in Philadelphia in the mid-20th century. Like Ethan before him, Frank does not reflect on whether or not what he is doing is the right thing to be doing. He just does.

There is no personal reflection in the first two and a half hours of this three hour and half hour epic. Events come and go, people come and go, marriages come and go. There are births, heists, parties, and hits, all portrayed with that trademark Scorsese style– fast moving dolly shots with upbeat, ironic musical accompaniment.

The film moves without looking back; it goes and goes and goes. Along the journey, Frank’s daughter, Peggy (played by Anna Paquin as a teen and adult), keeps a watchful eye on her father’s actions, and they are moments for the audience to reflect, but Frank never takes that opening.

Is that not how life is lived? We go to work, go to events, eat dinner, sleep. It’s not until we are threatened in some way that we even bother to look at back at our lives and see how we got from there to here, and decide whether or not we have lived in accordance with our morals and values.

For Frank, that moment of threat comes when he is asked to kill Jimmy Hoffa (Al Pacino), one of his two best friends, by his other best friend, Russell Buffalino (Joe Pesci). Now suddenly, Frank wants to reflect.

He doesn’t want to kill Jimmy. He loves Jimmy. But he has always followed orders, no matter what they are. Was that the right thing to do? Because he has been a good soldier his entire life, he has no choice.

The next sequence is slow, deliberate, and excruciating, a complete reversal of the steadfast, exuberant onslaught of scenes we’ve come accustomed to in The Irishman. Beat by beat, minute by minute, we watch as Frank travels to where Jimmy is, meets his co-conspirators, and picks up Jimmy.

It takes twenty minutes, but feels like an hour. In addition to the level of detail in the scheme that Scorsese dwells on, there is the fatalism: Frank is, of course, going to follow through on his orders. There is only one outcome.

The final hour of The Irishman plays out in this somber, meditative tone. All of a sudden, there is nothing but time to reflect. The worst has come to pass, inevitably. Like Ethan realizing his niece was not dreaming of him rescuing her every night, Frank had to kill his best friend and he is forced to reconsider every action he took in his life that led to that moment. And it leads to a profound feeling of emptiness in the deepest part of his soul. 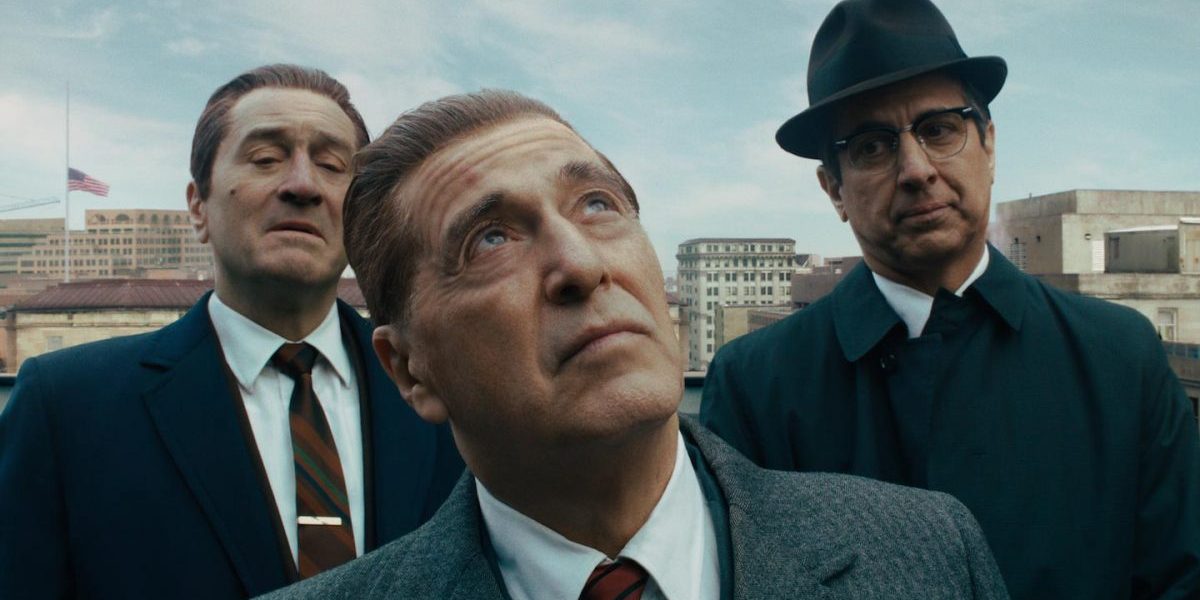 The cruelest aspect about The Irishman though, is that the film doesn’t offer any alternative to leading a fulfilling life. You can extrapolate lessons from the film: don’t serve another master but yourself, spend time with the people that love you — but the film also recognizes there isn’t really an escape from having a job, and you don’t necessarily have a say in what sort of job that is. The system forces Americans to be what they are, who they are.

This is where Scorsese’s American hero myth-busting differs from Ford’s. Ethan was doing exactly what he wanted. He was mastering the West and a specific conquest came his way, and he jumped on it and became obsessed with it.

Frank’s life is a bit more complex. He pursued a life where he felt validation and worth, but it was ultimately thrust upon him by a chance meeting with Russell Buffalino early in his life. It would take superhuman emotional strength to get past a career where he was valued and well compensated to live an authentic life.

At the end of The Irishman, Frank sits in his nursing home, alone, in the dark. He is tended to by nurses and visited by the priest– never by his daughters. But mostly, he sits quietly; that’s really all there is left to do when you’ve outlived or estranged everyone in your life. When the priest says good night after a visit, Frank asks him to leave the door open a bit.