“Just forget about it” turns out to be bad advice in The Mandalorian season 1, episode 3.

In last week’s revelatory episode of The Mandalorian, hearts were touched, cutenesses exposed, and essential truths hinted at. This week, in “The Sin,” it’s time for a mistake — and the beautiful simplicity of making things right.

What happened on ‘The Mandalorian’ season 1, episode 3? 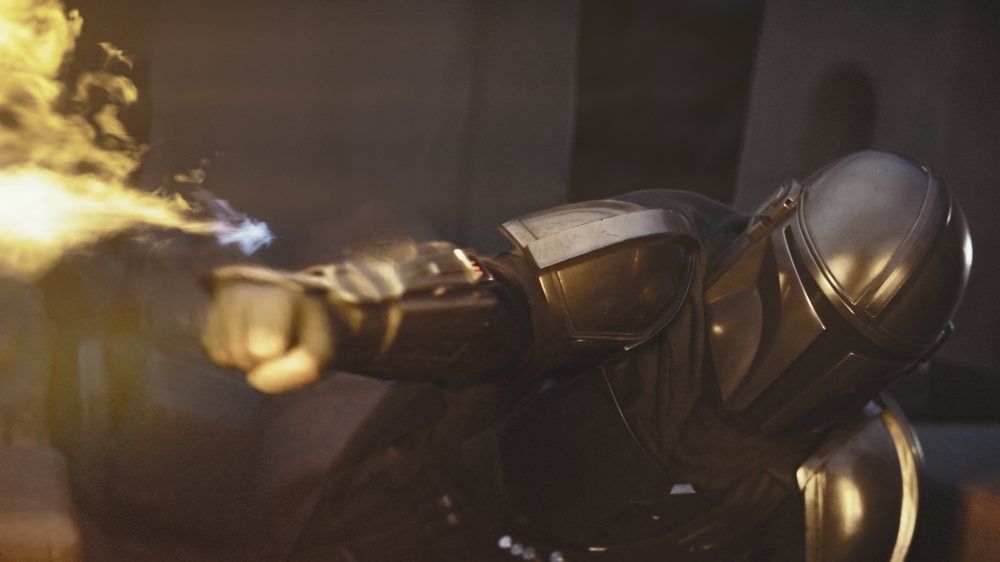 The Mandalorian returns to his base planet and brings the frightened child to the bunker. The Client and Dr. Pershing excitedly take possession of the tiny, very healthy “asset.”

The child watches the Mandalorian reproachfully as Pershing takes it away, and the Mandalorian displeases the Client when he asks what their plans are for it. He is told to forget about the whole thing and leave with his haul of beskar.

The Mandalorian returns to the underground cohort of Mandalorians and presents the beskar to the Armorer. She offers him a new curiass, but another Mandalorian objects to the use of the Imperial-forged beskar. He is furious that their people are forced to hide; he and the Mandalorian begin to fight.

The armorer interrupts, asking if the Mandalorian has ever removed his helmet. He says no. She responds, “This is the way,” and the Mandalorians around her echo the phrase. The armorer offers to forge Mandalorian a signet of the mudhorn he killed. He declines, saying the kill was aided by an enemy who did not know it was his enemy. The armorer will make “whistling birds” instead, reserving some for the foundlings who are the future of Mandalor.

As she works, the Mandalorian once again remembers being hidden inside a storage bin by his parents, and an explosion. Then the doors of the bin opened, bringing him face to face with a massive droid, about to shoot.

Gleaming in his new armor, the Mandalorian goes to Greef Karga. Karga is thrilled at his success where every other bounty hunter failed, and at his cut of the reward. The Mandalorian takes a new bounty and asks Karga what the Client is going to do with the child.

Karga didn’t ask, and advises the Mandalorian to forget all about it.

The Mandalorian returns to his ship and prepares to leave, but stops when he finds the head of a lever that the child had taken to play with. He pauses…

And makes up his mind.

The Mandalorian powers down his ship and stalks back to the Client’s bunker, finding the cradle junked in the trash outside. He scans the compound and picks up a conversation between the Client and Pershing; the Client demands that the doctor “extract the necessary material” quickly, but Pershing protests that he was explicitly ordered to keep the asset alive. The Client says he can no longer guarantee Pershing’s safety.

In Karga’s bar, the bounty hunter’s trackers ping red, and they soon surround the Mandalorian within sight of his ship. Karga tries to negotiate a surrender, but the Mandalorian will not give up the child, and a shootout ensues. The Mandalorian nearly escapes on a speeder, but its droid is shot out, leaving him cornered with the helpless child.

But just as all seems lost, the underground cohort of Mandalorians arrive on their jetpacks, fighting their way through the bounty hunters. The aggressive Mandolorian from earlier tells our Mandalorian to escape with the child, even though the entire cohort will now have to relocate.

“This is the way,” the Mandalorian agrees. He reaches his ship, only to be ambushed by Karga, but the Mandalorian shoots his former boss out of the ship. Karga is saved by the blocks of beskar in his jacket. The Mandalorian takes off, giving the child the lever knob to play with as they survey the stars. 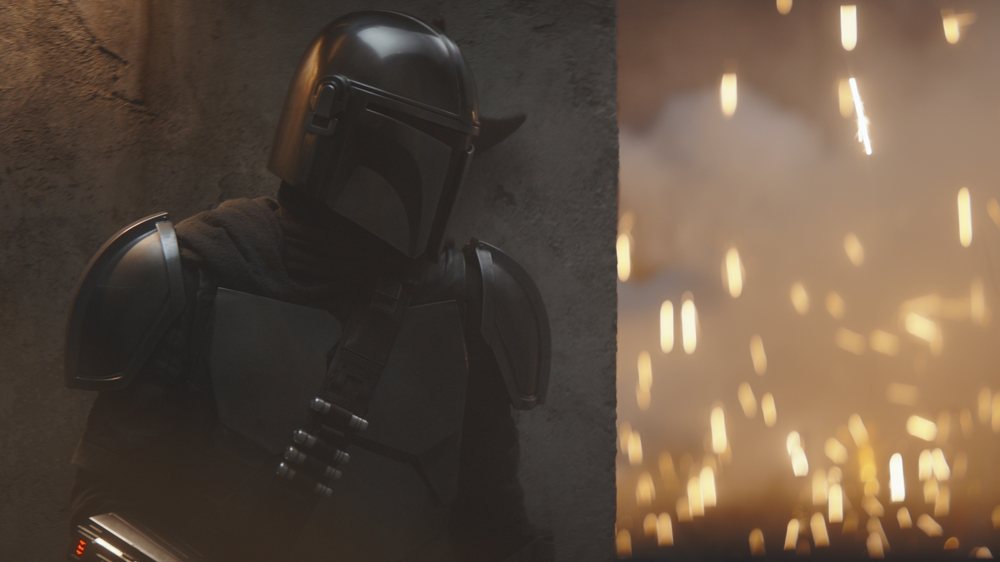 Like the previous episode, “The Sin” is almost surprisingly simple. The Mandalorian makes the wrong judgment in following the bounty hunter’s code, and remedies that mistake by rescuing the child. The additional details of beskar and soaring jetpacks are thrilling to fans, but ultimately incidental to this arc.

But again, The Mandalorian proves its skill in using these basic shapes of story and character to construct its world. Around a few truly excellent castle-storming battle scenes, “The Sin” is content to motion and suggest when it comes to specifics — like how the colony of Mandalorians came to hide on this unnamed planet, what the Client is using the child for, and what inspires the Mandalorian to rescue his tiny, unsuspecting “enemy.”

These are all important questions, but for now, it’s all less important than the broad emotional strokes being used to paint the tale. What’s significant here is not the name of the Mandalorian’s ship, or the planet he lands on, or the intricacies of the culture of the Mandalorian diaspora.

What matters is how we feel when we watch the Mandalorian watching the child taken away, the unspoken implications as he questions its fate. What matters is the clear and powerful choice communicated through that impassive helmet, that the Mandalorian will no longer distance himself from both kindness and cruelty, but take action for the former. What matters is the silent, desperate moment of a man about to lay his life down for an innocent, only to be saved by fellows who value that innocence above their own comfort.

In this respect, it makes sense (and is almost delightful) that The Mandalorian season 1, episode 3 is fairly predictable in its simple beats. Instead of struggling to understand the story, we are asked to focus on the senses beneath it — a significantly richer prospect.

Like the Force, The Mandalorian is communicating to us what it thinks we need to know. It’s holding back on the rest, but it seems like we’ll all be better for it in the end.

The Mandalorian season 1, episode 4 streams on Disney+ on Friday, Nov. 29.