Look at your life, Mando. Look at your choices! Here’s our review of The Mandalorian season 1, episode 6.

Regrettable friendships are a part of life, even in the galaxy far, far away. Most of us are lucky, and those old, bad relationships fade into the past as we mature, never troubling our more enlightened present.

The Mandalorian, as established, is not especially lucky. In The Mandalorian season 1, episode 6, “The Prisoner,” Mando’s seamy past returns in the form of a few very unpleasant old friends, who are decidedly scummier and more villainous than anything we saw last week in Mos Eisley. 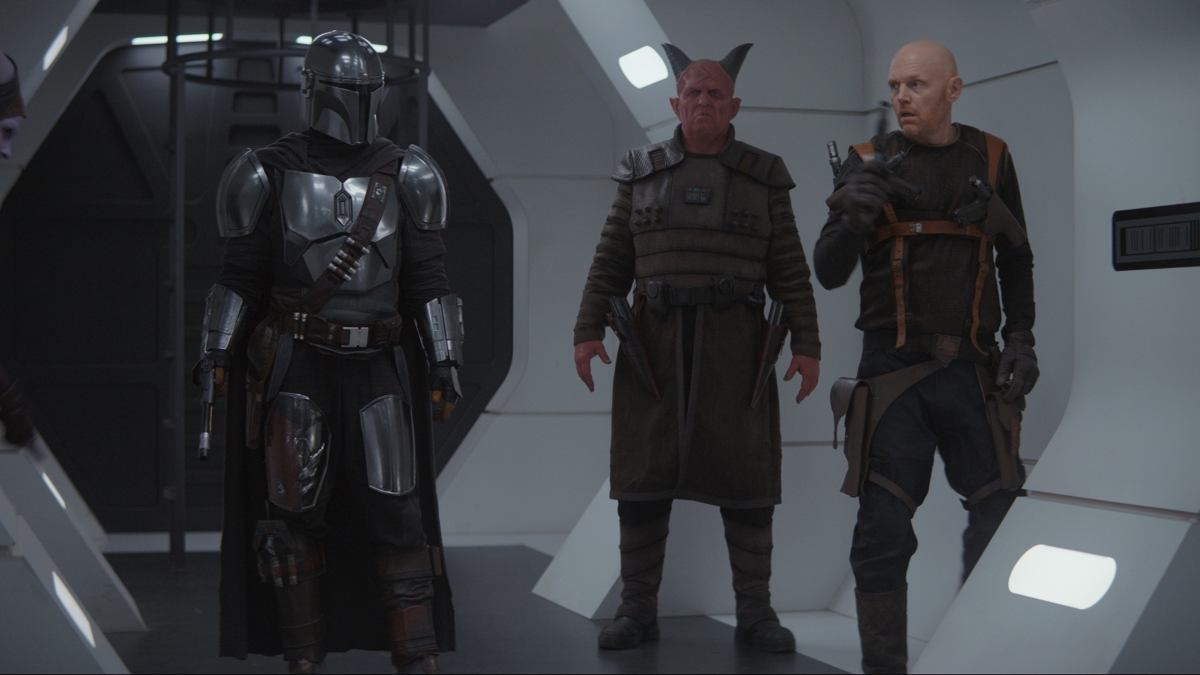 Like the previous two episodes, “The Prisoner” is effective insofar as it strongly establishes the mood and atmosphere of another genre into the Star Wars universe. This time, director Rick Famuyiwa diverges from the established aesthetic of Samurai/Western films to explore a blended ethos of prison-break-heist and horror film.

In mood and aesthetic, The Mandalorian season 1, episode 6 is a triumph. If the bleached dunes of Tatooine spoke of a bleak realism last week, everything in “The Prisoner” is heightened to the point of being overpowering. From the grim hatching of the heist to the newly claustrophobic confines of the Razorcrest, the episode embraces the seedy side of Star Wars so closely that you almost want to pull away. The Mandalorian’s old friends don’t just reek of bad intentions; they are so vividly rank that you can almost smell them off the screen.

In contrast, the sterile halls of the New Republic prison ship gleam with an almost Imperial ominousness, a threat realized when the tables turn on the Mandalorian. By the time he floods the halls in strobing red light, guiding his quarry through the ship like mice in a maze, we’ve left all grounding behind; the mood is the mission here.

But while the episode’s exteriors are compellingly effective, “The Prisoner” once again ambles straight past the chance to further the broader plot. We’ve still yet to meet the ominous Moff Gideon, much less check in the mysterious Client, Dr. Pershing, or the Mandalorian covert. The is some momentary opportunity in the episode’s nadir, when Mando has been betrayed and the droid Zero realizes the value of the ship’s little green “pet.” Will this vile crew succeed in separating protector and child, where so many have failed?

No. They don’t. That threat is quickly, if entertainingly diffused, and ultimately leads nowhere. What we have left is the Mandalorian badassing his way out of another tight spot, and he and the child escaping unscathed from another strange adventure. 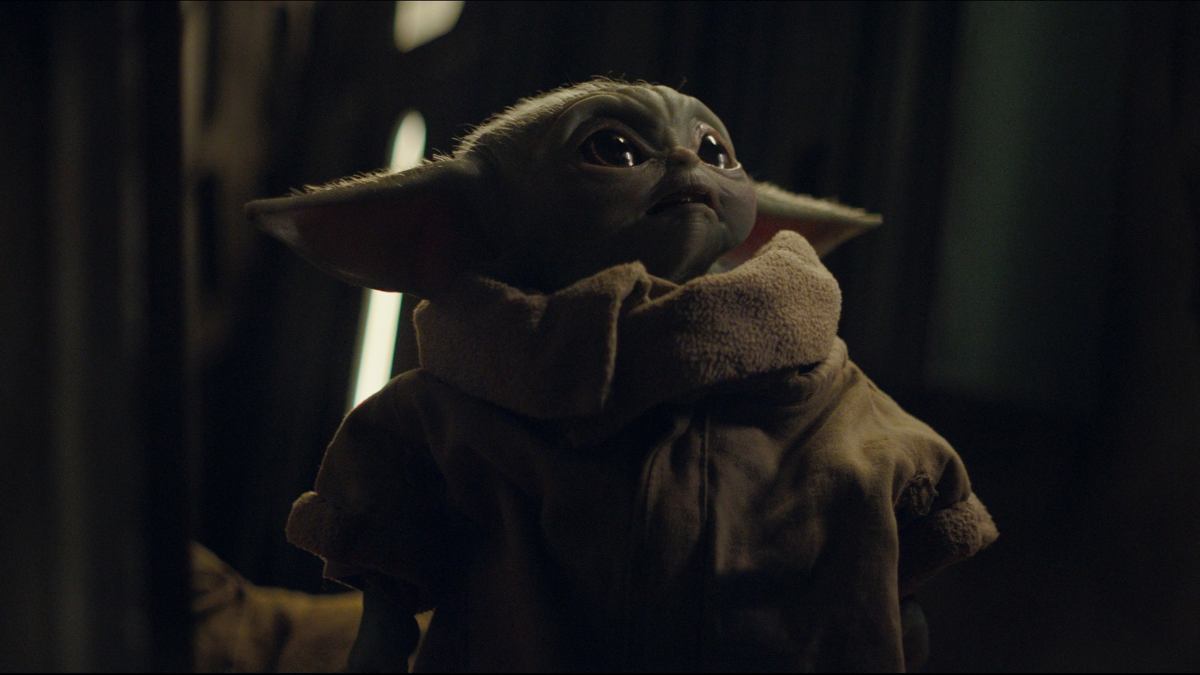 At least it’s fun to watch the baby lead Zero the Droid (with whom, apparently, the Mandalorian has few qualms in working with) around the ship and power up his cute little Force-o-meter again.

The Mandalorian season 1, episode 6 is moderately more successful on a character level; there is, at least, a real sense that Mando has had a very long and twisted personal journey since the early flashbacks of his traumatic childhood. Xi’an (who, along with her brother, is weirdly reminiscent of a Buffy vampire) implies that the Mandalorian used to be every bit as morally repellent as the rest of the distasteful crew.

How newborn Mando’s moral “code” actually is remains unclear, but at the very least, it does not seem like he was always a man who would have spared an innocent child from a den of bounty hunters. Still, Mando’s moral parameters are seemingly muddled in “The Prisoner.”

He willingly joins up with the ick squad, despite the implications of the mission and their behavior, but (movingly) goes to extreme measures to save the life of the poor Republic sod who activates the beacon. That’s a positive window into his moral state of mind, as the revelation that he spares the rest of the crew might be — except for the fact that he directs the beacon back to Ran’s hangar, long before he has reason to suspect he might be betrayed. It’s hardly an unjustified decision, but not one that anchors us in any reliable certainty about who this person actually is.

Look, there’s a certain amount of ambiguity that is effective and even warranted when crafting a character like the Mandalorian. But at a certain point (and episode 6 seems to me to be past that point) we need more than singular adventures dusted with crumbs of personal detail.

The Mandalorian is capable of matching its aesthetic excellence with honest, compelling, and revealing emotional storytelling. I hope it returns to that standard soon.

The Mandalorian season 1, episode 7 streams on Wednesday, Dec. 18 on Disney+.