Titans season 2, episode 10 ‘Fallen,’ sends Rachel out on her own, Gar and Conner to Cadmus, and Dick to prison.

We experience a lot of lows in this episode of Titans: Dick goes to jail, Rachel — either deliberately or inadvertently — kills someone with her powers, Gar and Conner get captured by Cadmus, Kory is nowhere to be seen, and I, as a viewer who began season 2 with such high hopes, finally admit that this season is neither what I wanted nor what I expected.

So it’s rough going for all of us aboard the Titans train.

It’s not even that the episode itself was bad. Individually, there are a lot of things to like about it; I’d even go as far as to that there are a few things I could see loving about it. But as a whole episode — and as the tenth episode in a thirteen episode season — it falls woefully short of my expectations.

In fact, ‘better in its individuals part rather than as the sum of its parts’ is really how I’d describe Titans season 2 as a whole. There have been a lot of fantastic individual character moments, fight scenes and storylines; hell, there have even been whole fifteen minute stretches of this season that have been worthy of five full stars.

But as a whole, this season suffers from the same poor pacing as the last — only this time with more directionless storytelling and underused character arcs.

Of course, there are still three episodes left, so it’s more than possible that the season wraps it up at the end with a big, beautiful bow — one that makes me sit back and eat my hat at how wrong it was. Believe me, no one wants that to be the case more than I do.

But given the general meandering focus of this season coupled with the anticlimactic way Titans ended last season, I’m not holding my breath. 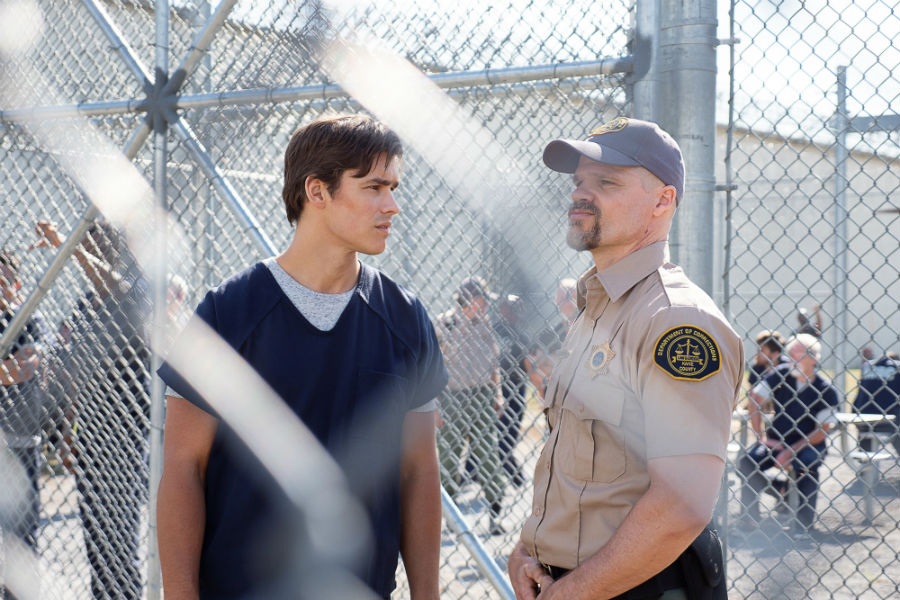 In the last episode, Dick assaults a federal officer because, as I pointed out, he is truly his father’s son and has both a flair for the dramatic and self-destructive streak a mile wide.

That Dick — the white, wealthy ward of billionaire Bruce ‘I’m Batman’ Wayne — would actually wind up in jail requires an especially high level of suspension of disbelief, but truly I was so busy wondering what the point of this all even was that I couldn’t pour any more brain power in that particular facet of his journey.

Also, it turns out that his detour to prison was how he was going to get started on his journey to becoming Nightwing. Though all he wants to do is punish himself and believes that the world would be better off without him trying to save people, he discovers what we’ve already known all along: That he can’t help but save people and that it is, in fact, what he’s meant to do and be.

I don’t mind the origin story of his costume coming from Alazul, even if it’s a bit on the nose, but the detour into the prison — and much of Dick’s arc this season — just feels like a retread of all the same themes we’ve already seen Dick go through in the first season.

Brenton Thwaites is an incredibly talented actor, so watching him in any scene is captivating and engaging, but I do hope that this interlude into the jail is the last we see of his ongoing identity crisis. I was ready to see him step into a new role at the beginning of the season and I’m now more than ready — and more than a little impatient — to see him actually move forward.

If this prison sentence is the price I have to pay for new and improved Dick Grayson rocking the Nightwing costume, so be it. But having paid it, I hope we don’t linger too long on this prison sentence in the next episode, even though the end of the episode did make Dick an accomplice to a prison escape — something that seems a lot more serious than even assaulting a federal officer. 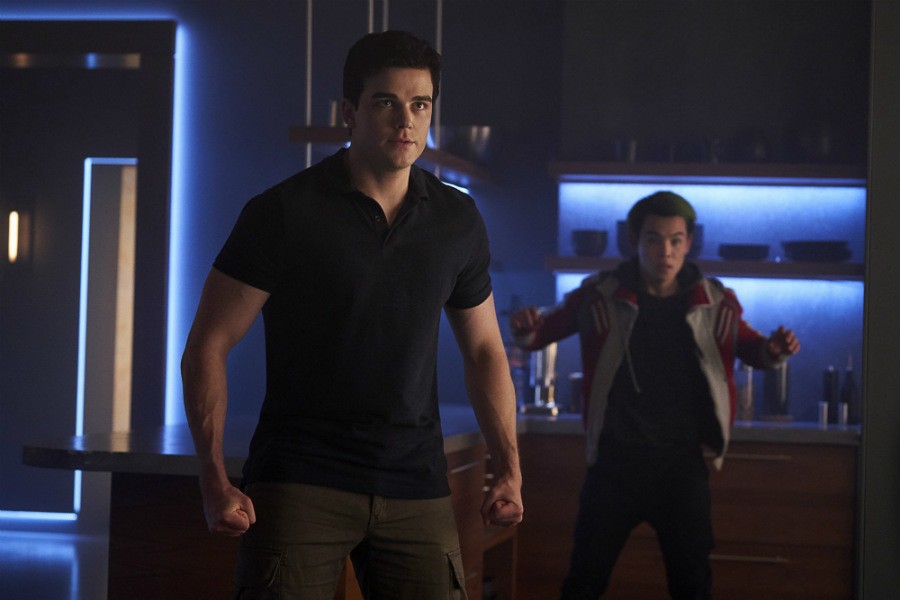 While Dick is off finding himself in jail, the JV squad Titans prove another thing that we also already knew at the beginning of the season: These young kids need one another and need a team like the Titans to properly train their powers.

San Francisco is getting rocked by Superboy and Rachel — who apparently learned to control her powers in all the scenes we didn’t get to see this season — is murdering people with demon gargoyles come to life. I guess we’ll have to assume that the Justice League is off-world, as neither Batman shows up to save his ward from a prison sentence and Superman doesn’t descend from on high to see why a kid wearing a shirt with his logo is destroying San Francisco.

Instead, we have Donna being marginally useful for perhaps the first time the entire season and playing the role of investigator as she tries to track down the 15 year old girl she lost in the first fifteen minutes they were alone together, and a similarly teenaged Gar trying to handle a volatile Superman clone who possesses the maturity of a toddler.

The Titans are truly a damn mess, y’all.

Not a mess? Gar, who is the one who was least serviced in the first half of the season and is finally, finally getting his due and the screentime that he deserves. He’s terrifically over his head but doing his best, and manages to find Conner and have himself a few good fight scenes.

And while the Varsity squad proves themselves to be ineffective time and again, Cadmus doesn’t. They stroll into Titans Tower, which apparently has the security of a freshman dorm at a state college, and apprehend Gar and Conner.

Conner is easily manipulated by Mercy Graves (my episode MVP — I hope we see more of her) because, as I mentioned, that boy is actually a toddler. Gar proves himself to be the best Titan of all, despite Mercy trying to manipulate him similarly. However, Mercy works for Luther for a reason, so it looks like she’s going to use him to round up the rest of the Titans. 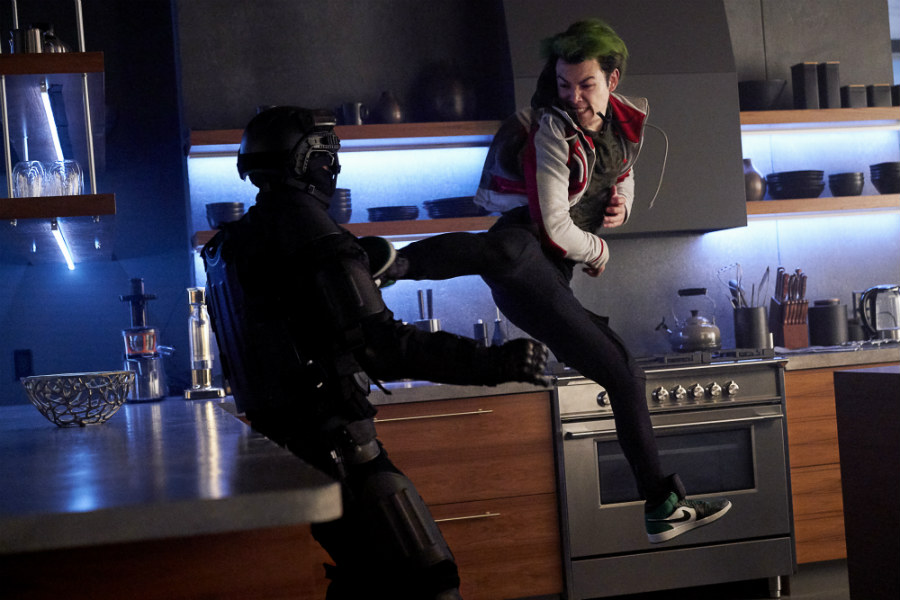