Universal Orlando launched their annual collection of holiday festivities on Saturday, and Hypable was on the ground to partake in all the fun!

One reason we all love the holidays is because the places we may visit during this time of year strive to celebrate the season in as many ways as possible, and Universal Orlando is no different. For theme park enthusiasts and those who are seeking a vacation to Orlando during the cooler months, Universal goes all-out with an unforgettable contribution to your holiday, running now through January 5, 2020.

Christmas in The Wizarding World

The highlight for Harry Potter fans and readers of this website is, of course, what Universal does with their two Wizarding World of Harry Potter lands. Like they have the past couple years, both Hogsmeade and Diagon Alley are decked out with wreaths, Christmas lights, hot Butterbeer (!!) and special entertainment. 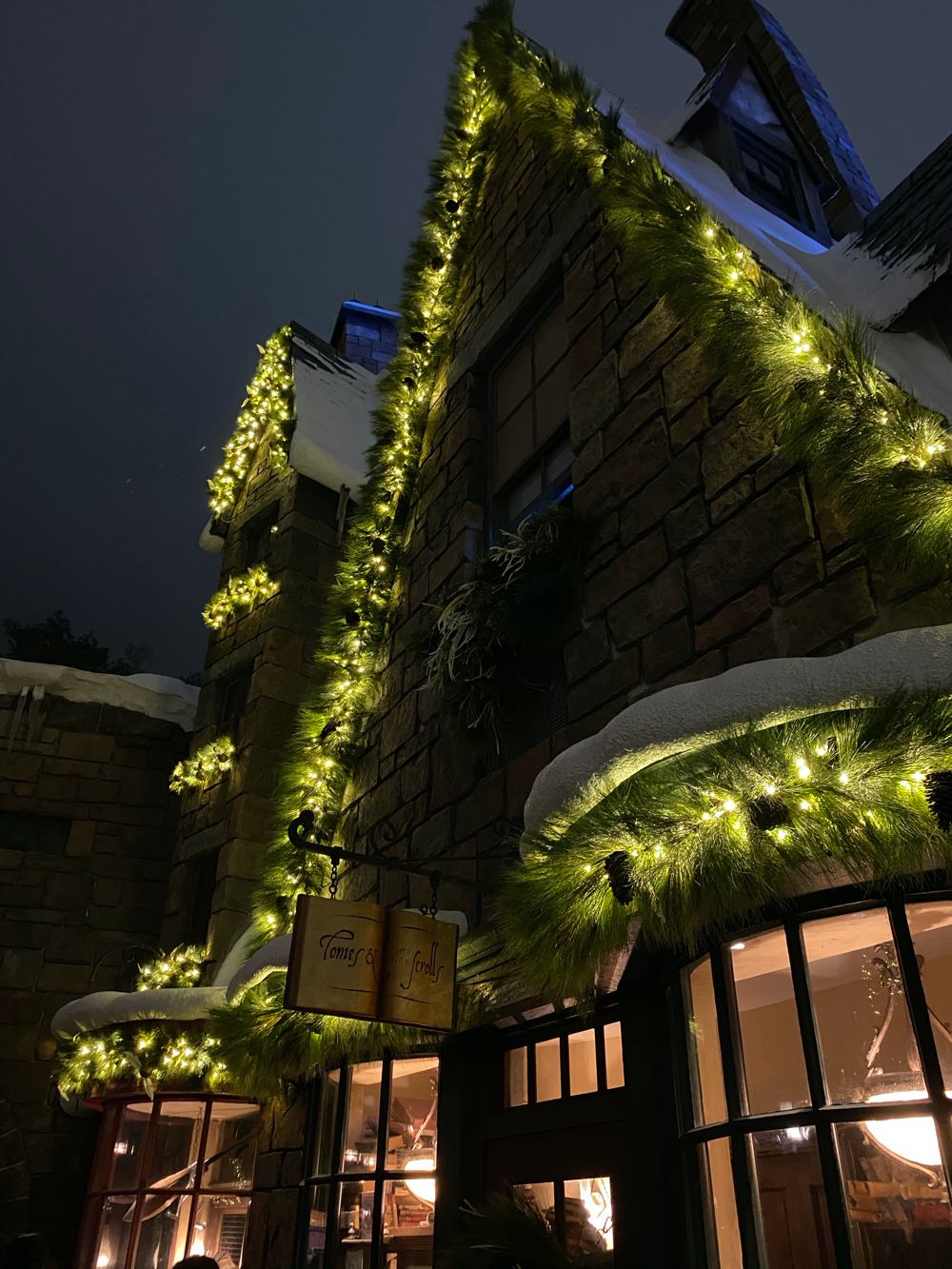 Christmas is a big holiday in J.K. Rowling’s books, and Universal makes it even better by offering live entertainment in both lands that build on what we love about the season at Hogwarts.

For me, the best part of Universal Orlando’s holiday offerings is Celestina Warbeck’s show in Diagon Alley. The witch, who gets several mentions in the original series, is joined by her trio of banshees as she performs original songs like “My Baby Got Me A Hippogriff For Christmas” and “Accio Christmas” — two songs I wish I could grab on Spotify and listen to on repeat. 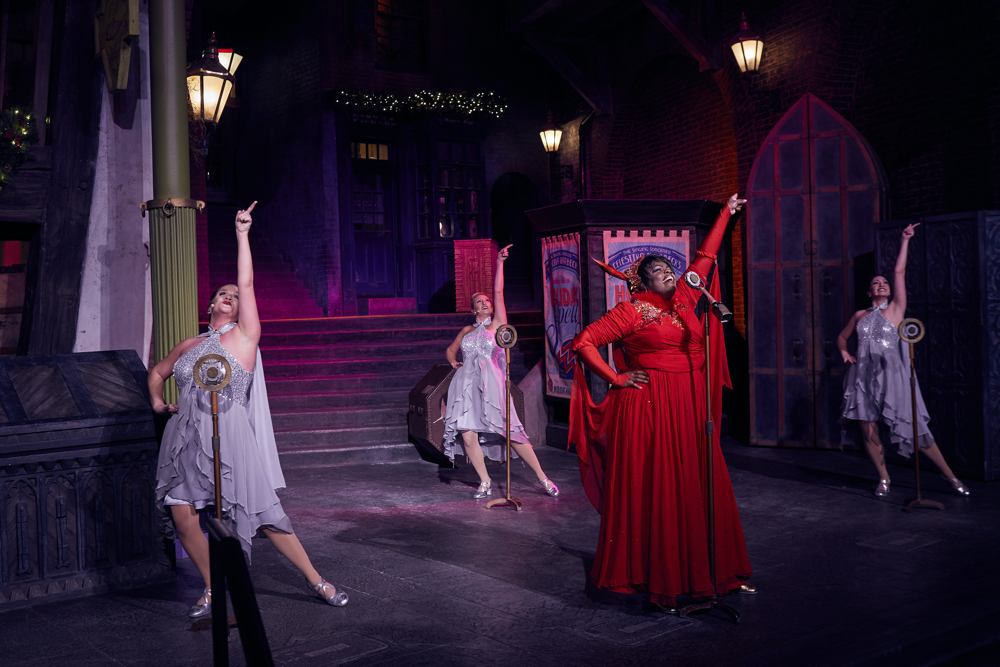 The songs are performed throughout the day and are a joy to watch thanks to live vocals and accompanying dance routines. Notably, the development of the songs were a collaboration between the theme park and J.K. Rowling’s team.

Universal’s guiding star in designing Christmas at the Wizarding World is asking themselves what the magical shopkeepers themselves would do. This is evident, for example, in Golden Snitches being a part of the wreaths outside a Quidditch shop in Hogsmeade. The floor-to-ceiling takeover is a thrill to admire and is a great excuse for another trip to the park. After all, you’re not a big Harry Potter fan unless you appreciate every little detail.

After the sun sets, Hogwarts comes alive with a special projection show on the castle’s exterior. The show begins with several Hogwarts ghosts singing an eerie ode to the iconic Wizarding school — In fact, if you were to hear it on the radio, you’d think it was any other iconic Christmas classic.

The show then transitions into a visual spectacle complete with debauchery from Fred and George, Christmas enchantments, a glimmering Hogwarts, and fireworks. 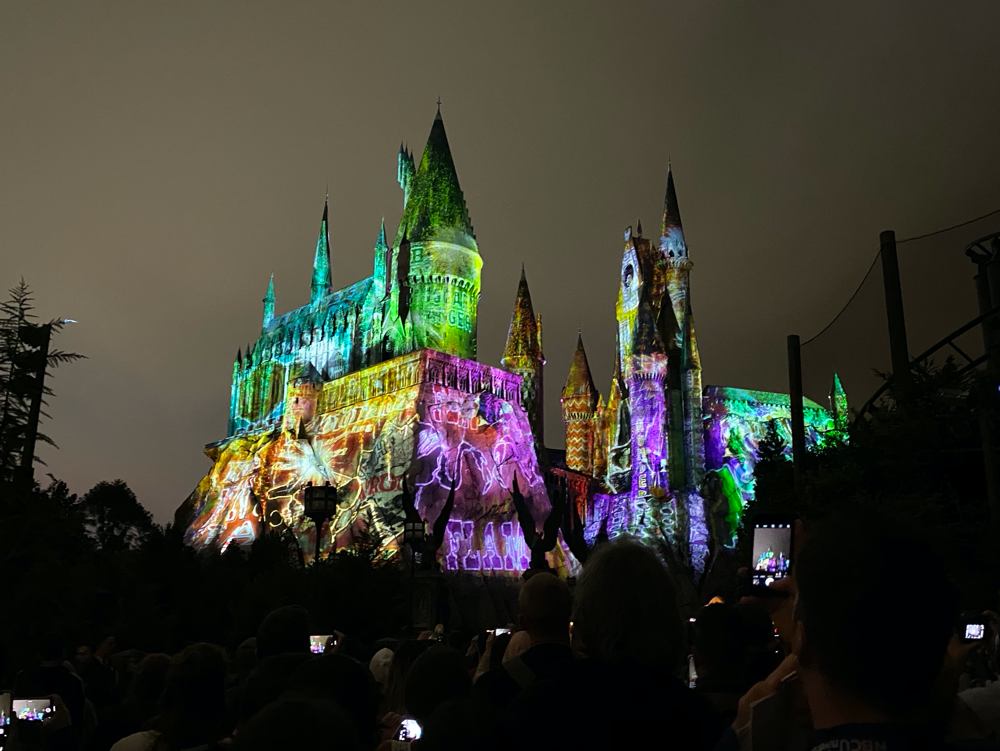 Oh, and don’t forget to grab one (or more) hot Butterbeers — a seasonal treat that has to be tasted to be believed. Many park goers even call it the best version of Butterbeer.

You’re a Mean (and Funny) One, Mr. Grinch 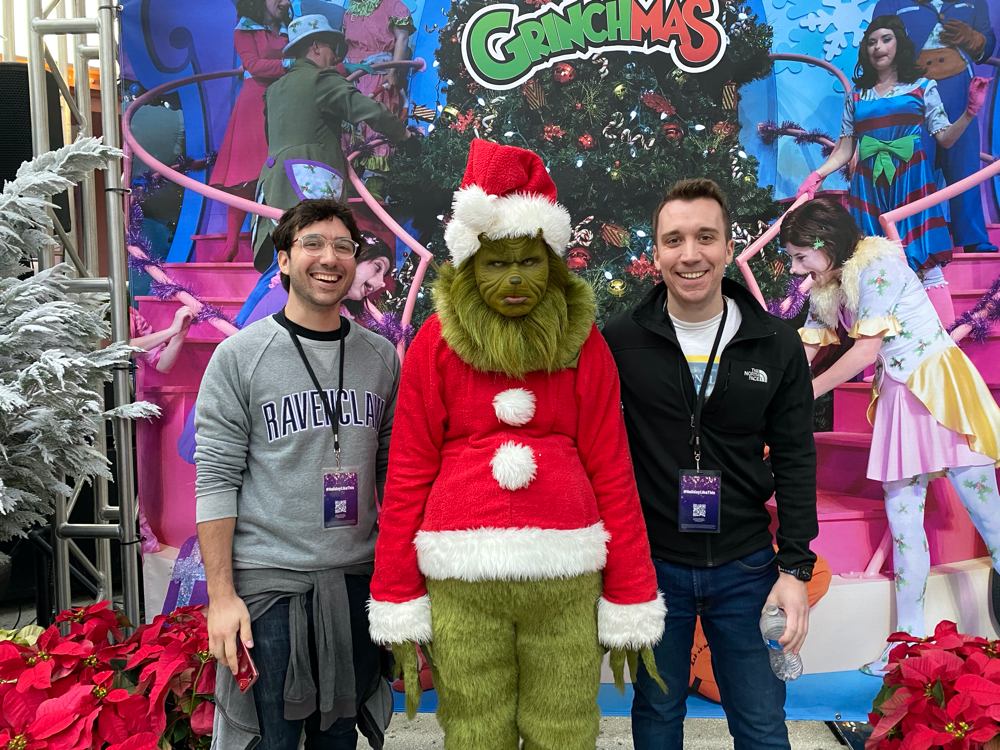 Are you a fan of the Dr. Seuss classic How the Grinch Stole Christmas? I’ll admit that I’m a very casual fan, but after getting to talk to the Grinch myself, I’m now a huge fan of the character (or at least the actor who plays him). His entertaining antics aside, the Grinch has a big presence at Universal over the holiday season. Not only is Who-ville totally decked out for Christmas, but there’s also a great live stage show, The Grinchmas Who-liday Spectacular. 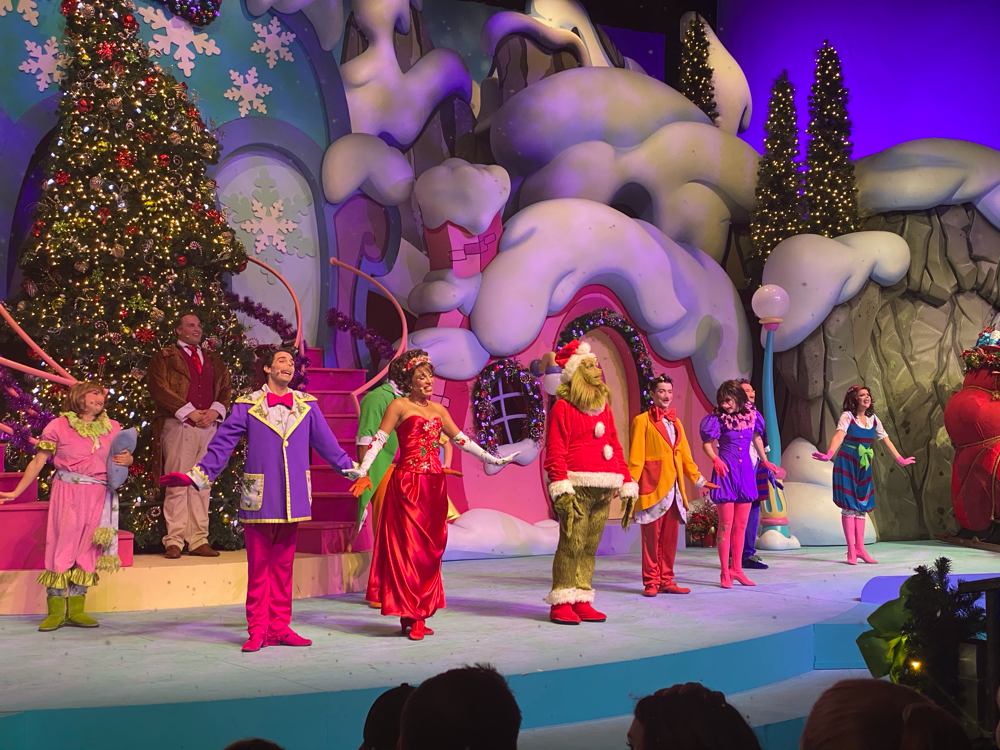 The Grinch’s stage show features live musical performances of both Grinch and Christmas classics, and the icing on the cake is a real dog playing his pal Max. The show is a lot of fun thanks to a colorful cast of Who’s, iconic songs, and a whimsical, Seuss-ical stage. I’m really glad I got to see it this year, because it’s not something I would’ve expected to be so entertaining.

The marquee event at the resort is the Universal Holiday Parade featuring Macy’s. The spectacle is packed with beloved Universal film characters from The Minions, Shrek, and Madagascar. Naturally, Santa Claus caps off the show and ushers in the Christmas season. (Pro tip: See the parade near the park’s big tree so you can watch Santa add his magic touch to it.)

But one of the most unique aspects of the parade is the “featuring Macy’s” part — the event includes a slew of gigantic balloons (a mix of Universal and Christmas characters) who are being carried by over a dozen people each. Not only is it surreal to see these balloons up close, but for this theme park geek, it’s interesting to watch the balloon handlers steadily move these gigantic beasts. 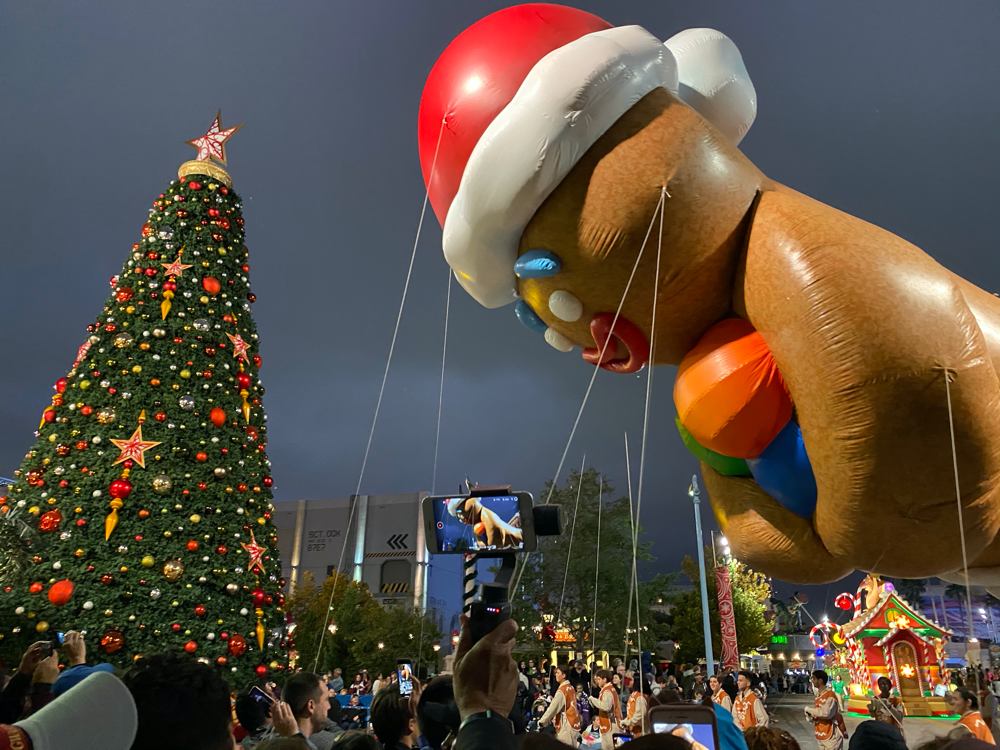 It goes without saying, but the rest of Universal Studios and Islands of Adventure are decked out with Christmas cheer as well. Universal Orlando has created a really special collection of Christmas offerings at their theme parks, and any trip to Florida this time of year isn’t complete without a visit.

And whether or not you’re already planning on heading south, Harry Potter fans should be considering a visit for the Wizarding World festivities alone. The decor, shows, and that limited-time hot Butterbeer is too good to miss! Have one as you queue for Universal’s latest and genuinely greatest attraction, Hagrid’s Magical Creatures Motorbike Adventure.