Ian Somerhalder sat down with Hypable to chat about his exciting new Netflix show, V Wars.

Ian Somerhalder is heading back into the world of vampires in V Wars, a new show for Netflix based on the graphic novel of the same name by Jonathan Maberry. The series takes place in a world where a virus released from melting ice caps triggers vampirism in those who are exposed.

When anybody could become infected at any moment, the stakes couldn’t be higher. As the disease rapidly spreads, it becomes a war between the humans and the vampires that everyone is losing.

While Ian Somerhalder will be in close quarters with the infected, he will not actually be playing a vampire in V Wars! On top of his work as an executive producer and a director of the show, he will be starring as Dr. Luther Swann, a scientist who specializes in infections disease who gets brought into the center of the war because of his unique expertise.

“He studies infectious disease,” Somerhalder said of his character, Dr. Luther Swann. “He works with the greatest scientists and epidemiologists in the world. At the age of 38, he’s really excelled in his field.” 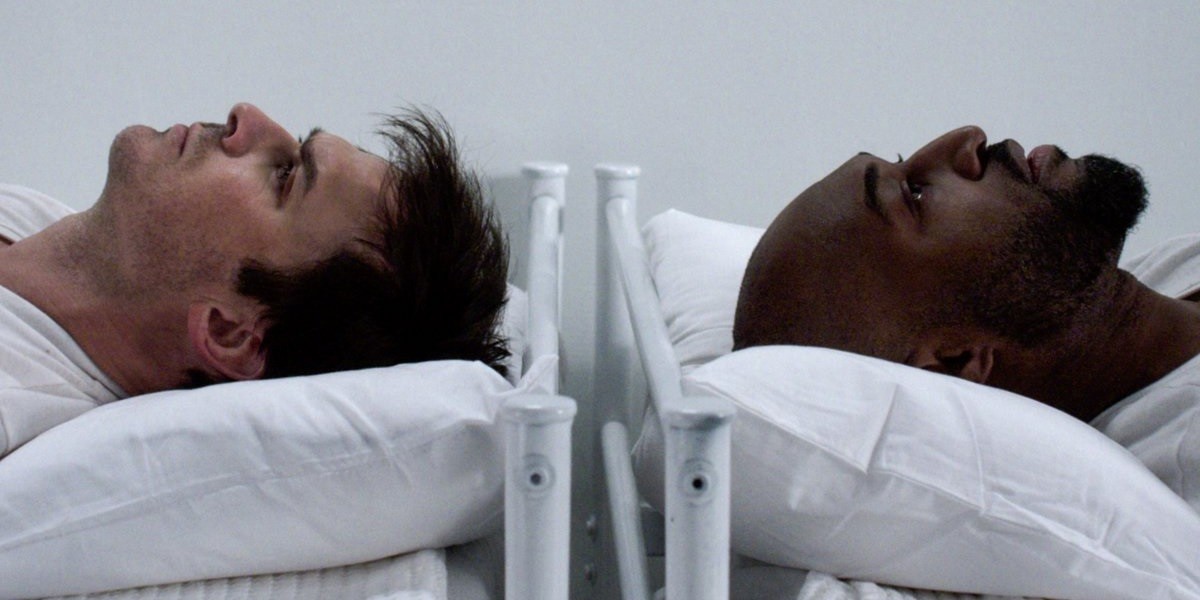 When V Wars begins, Luther’s best friend Michael Fayne, who’s played by Adrian Holmes, turns into a vampire. That already sounds like way too much to deal with, but when we asked Ian Somerhalder about his character’s motivation for fighting, his response went even deeper.

“He just wants to protect his son. As a parent, my sole purpose in life is just to stay alive to protect my child. Luther is no different,” Somerhalder confessed. He also divulged a more widespread motivation for both Luther and himself. “He also wants to change the world and he also wants to save humanity. That’s a big deal. I feel for him. I too want to be that guy. I too want to help humanity.”

As a parent, my sole purpose in life is just to stay alive to protect my child. – Ian Somerhalder

Helping humanity (and wildlife) has always been something that Ian Somerhalder has been passionate about. He started the Ian Somerhalder Foundation in 2010, shortly after he gained acclaim and recognition from his popular TV show, The Vampire Diaries. The organization “delivers unique programs and services and provides public outreach, education, and grants in support of Creatures, Environment, Youth, and Grassroots initiatives.”

Ian’s passion for the environment is part of what drew him to the V Wars project. The way the virus is released on the show serves as a cautionary tale for the way things could, and in some instances, have happened. 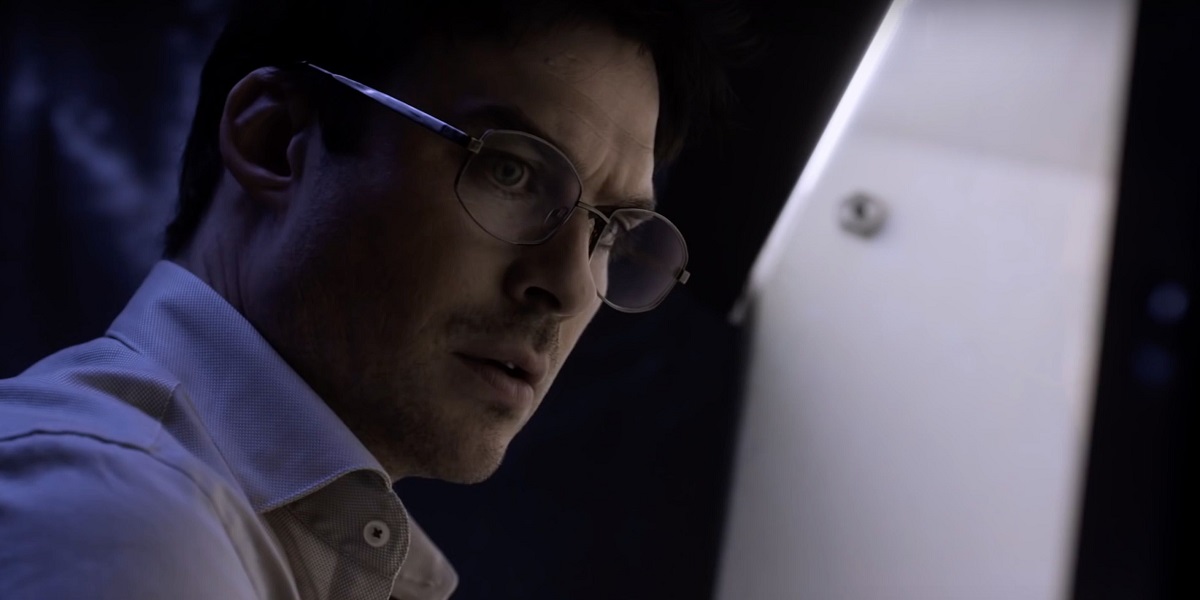 “As a result of climate change, a lot of biomass and bacteria from viruses are becoming exposed by the melting ice,” he said of both the fictional world of V Wars and the world in which we live. “Things that have been perfectly and safely tucked away for millennia are now being exposed. That’s quite scary for humanity, wildlife and livestock.”

“We saw it with mad cow. Imagine that in human form. They turn into murderous beasts. The scientific community is actually scared. They’re very concerned about this now. Scientists are publishing scientific article after scientific article. They’re finding things that are being exposed from ice that are really harmful to us.”

This show deals with so much of what’s going on in the world right now. Disease, racism, politics. These are all things that are happening around us. – Ian Somerhalder

The environmental side of V Wars is far from the only aspect of the show that is relevant to today’s society. The source material is very political in nature, taking on class division and racism among other things. Somerhalder assured us that the show will follow in the graphic novel’s footsteps, with one significant change in the delivery of this content.

“Talking about politics gets you nowhere. People are so divided. The interesting thing about this is to use societal dynamics and nuances. This show deals with so much of what’s going on in the world right now. Disease, racism, politics. These are all things that are happening around us. I don’t think storytellers have to bludgeon an audience. This is stuff that’s happening all over the world.” 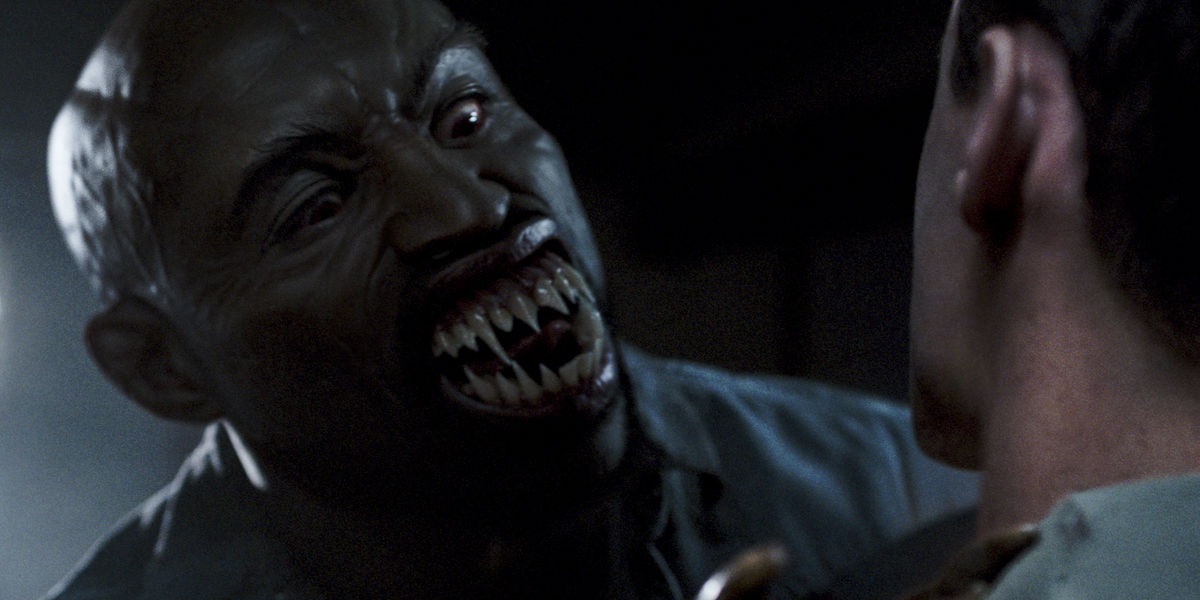 For fans who are just really excited to see Ian Somerhalder in the vicinity of vampires again, don’t worry, V Wars will have more than its fair share of bloodsuckers. First of all, the infection rate is a whopping 25%, so in terms of vampiric volume, V Wars will have pretty much all of your favorite shows beat.

Also, one of the coolest things about V Wars is that it deals with all different types of vampires. People’s ethnicity and genetic predispositions actually determine what type of vampire they become, and there’s quite a variation.

“I think the allegorical component of this is cancer. We find cancer ripping through homes and communities and really wreaking havoc,” Somerhalder commented. “It affects us indiscriminately. It doesn’t matter who you are or what you do. Certain genetics and certain predispositions yield the different types of cancers that people are getting. One of the cool things about our show is that your genetics and where you’re from determine what type of a creature you actually turn into.”

“We get to really blow the lid off and utilize people’s diversity and genetics to create a diverse array of these creatures. Eventually, they’re all stuck together anyway. They’re not going to just be vampires. They’re also going to be different vampires who function in different ways. It adds a whole other cool layer. We are so excited to really dive into the multitude of genetic dispositions that are going to be determining what type of creature you get.”

One of the cool things about our show is that your genetics and where you’re from determine what type of a creature you actually turn into. – Ian Somerhalder

Unfortunately, we might have to wait until the next season of V Wars to see a lot of these vampires. However, according to Ian, the first season, which consists of 10 episodes, will at least whet our appetites.

“In season 1 we’re just kind of setting up the world so you don’t get to see it too much, but you get to see it in one or two vampires from Eastern Europe. They turn into a vampire that’s very cool and specific. They have a nuanced way in which they feed on their prey that is a lot of fun to watch,” he told Hypable. 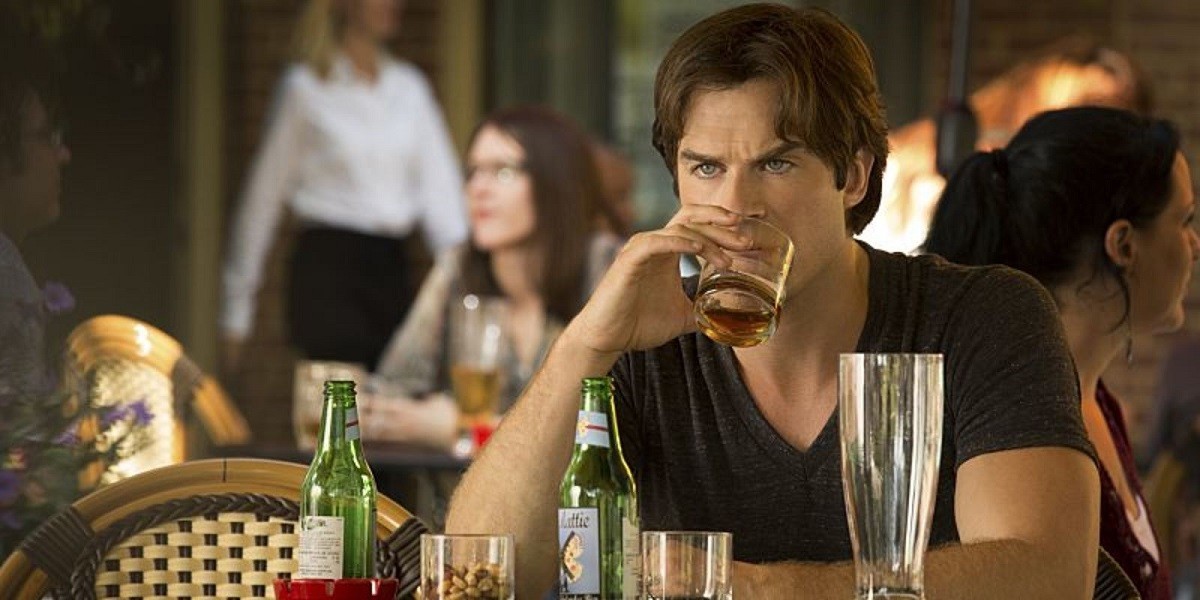 Fans of Ian Somerhalder have come to know and love him as his charming, snarky, and romantic previous characters. Of course, the most famous of these are The Vampire Diaries’s Damon Salvatore and Lost’s Boone Carlyle. While V Wars is billed as a horror/thriller series, there’s still room for the charm and humor that Somerhalder is so skilled at bringing to the screen, especially in potential future seasons of the show.

Related: 10 The Vampire Diaries pilot moments that mean so much more now

“In season 1, episode 10, you really see the metamorphosis of this man (Dr. Luther Swann). He finished in a substantially different place than he started. Going forward, in subsequent seasons, you do see him open up. The whole world has gone to hell in a hand basket and you see this man who has changed before your very eyes.”

“Season 1 shows are tough because you’re setting up the world. With the IP that we have and the social relevance of it now, I really do think that we can create a quite unique and quite controversial show. One that is sexy and dynamic and fun and scary, really sort of molding some of these genres. The sky’s the limit.”

What happens when the Commander in Chief has the right genetics and he’s turned into a murderous beast? – Ian Somerhalder

As we mentioned earlier, Ian Somerhalder’s role in V Wars expanded to behind the camera. He served as both an executive producer and director on the show. He directed the penultimate episode of season 1 and excitedly told us about the scene from the episode that he’s most excited for fans to see.

“They (a group of vampires) go to a club to infect the President’s daughter. That was an amazing sequence to shoot. Initially I had the scene at like six minutes. I think we cut it down a great deal, but you still get the feel. It was such a departure from this cold, dangerous world that is V Wars. It was meant to be a warm, yummy departure.”

“The idea was a big “what if?” What happens when the Commander in Chief has the right genetics and he’s turned into a murderous beast? How does the government keep that quiet? How do they go to great lengths to fix that problem when there’s no cure?” 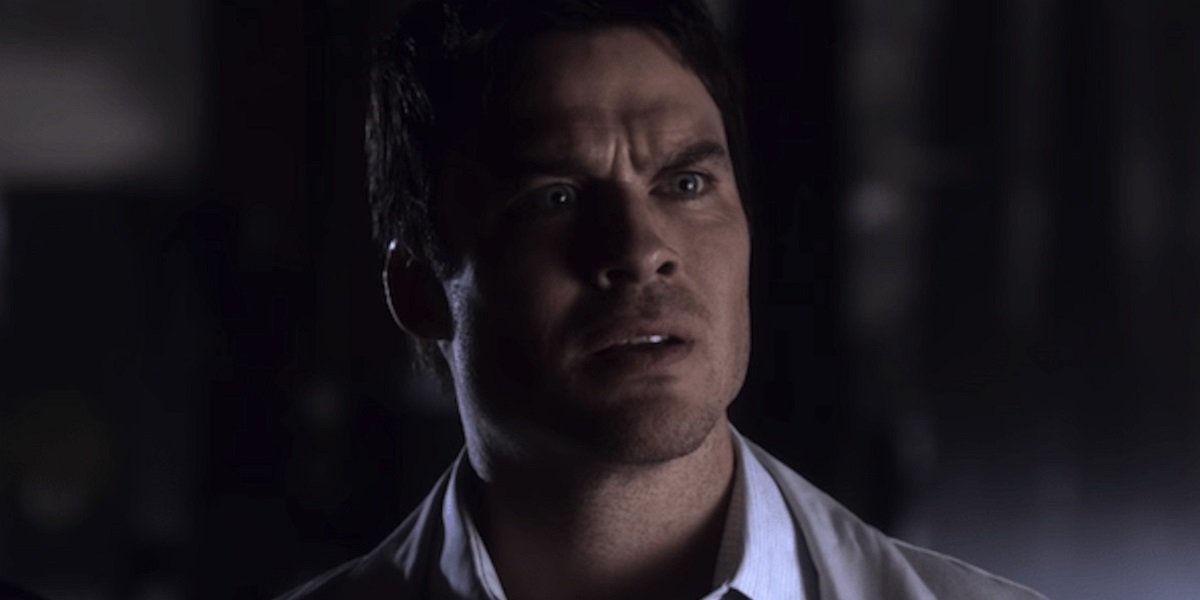 Speaking about this scene was just one of many times that Somerhalder’s passion for this project was tangible. “I’m very excited. I live and breathe this show,” he exclaimed, at one point in the interview.

His love of the show is clear in the amount of hats he’s put on for its first season. He’s also eager to keep putting the same blood (no pun intended), sweat and tears in for future seasons of V Wars. “If I can get a season 2, I will really push myself to just tell a very disruptive story,” he said.

Of course, we couldn’t sit down with Ian Somerhalder and not ask him if there’s any chance he’d step back into Damon Salvatore’s leather jacket on Legacies, the latest spinoff of The Vampire Diaries.

I live and breathe this show. – Ian Somerhalder

“I don’t think I’m going to be on it,” he said, unfortunately. However, he added, “I love what they’re doing with the show. They’re kicking major ass. It’s so wild to see these sets and things that were our’s. They’re crushing it over there.”

So it doesn’t look like we’ll be seeing Ian Somerhalder grace the halls of the Salvatore School anytime soon, but at least we’ll get to see him in his exciting new show!

V Wars premieres on Netflix on December 5! Check out the show’s trailer here.