Watchmen may be set in an alternate U.S. filled with masked police, but it tells a story of race and racism in America that hits all too close to reality.

Alan Moore and Dave Gibbons’ 1985 Watchmen comic begins with two superheroes — or at least, what passes for superheroes in the world of Watchmen. The first panels give us a snippet of Rorschach’s journal, and then lead directly into the death of The Comedian. And though the 1985 Watchmen comic takes us deep into cultural issues and sociopolitical events, at its heart it is still a superhero story — even if it’s famous for being one which deconstructs superheroes.

Fast forward to 2019 and the deconstructed superhero is a trope of the genre almost as popular and well-known as the generic superhero itself. It’s not that we no longer need our superheroes deconstructed, but that generally we know what we’ll get when we do.

Or, perhaps (so as not to upset anyone about a show that takes the name of one of the most famous and revered superhero comics of all time) a better way to put it is that Damon Lindelof’s Watchmen series is a show that’s about race and racism in America, first, and superheroes, second.

Because whereas the 1985 comic begins with two fictional superheroes and pushes forward from there, HBO’s Watchmen begins with the real-life 1921 Tulsa Race Massacre and slowly unspools its narrative — only to wind itself back at that same starting spot.

(Heavy spoilers ahead for Watchmen’s series premiere, “It’s Summer and We’re Running Out of Ice”) 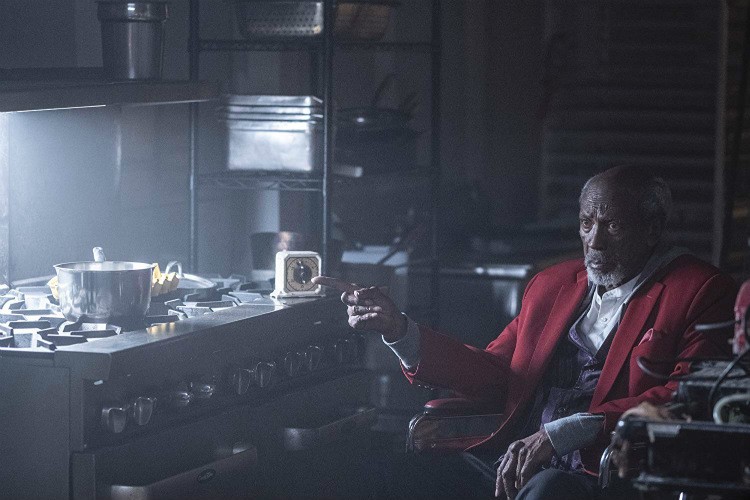 As someone who has seen the first six episodes of Watchmen, I have to say that one of the best things about it is the way it values the medium of television and its viewers. Lots of shows are great at season long arcs that pay off over time, and many (though fewer and fewer as time goes on) are fantastic at putting together great individual episodes; very few shows succeed at doing both.

Watchmen is one of those rare few.

With this episode, it’s obvious that executive producer/writer Damon Lindelof and director Nicole Kassell know how to craft a masterful individual episode. There are a lot of words I could use to describe the Watchmen series premiere — bold, ambitious, mysterious, intricate — but the one that immediately rises to the top is confident, both in itself and in its audience.

It drops the viewer into a radically different alternate timeline and expects them to be smart enough to figure out the details through inference and interpretation. It introduces characters without any lead up or backstory and trusts that it’s made them interesting enough to get the viewers immediately invested. And it crafts scenes and dialogue that know exactly what they’re there for — and are captivating enough to get the viewer engaged — even if their purpose isn’t obvious until later on.

Take, for example, the inclusion of the 1921 Tulsa Race Massacre as the series opener.

These first ten minutes of Watchmen’s series premiere are the hardest to watch in the entire episode (really the entire first few episodes). It’s absolutely horrific, and part of our horror stems from the fact that even though the show itself is set in an alternate America, the Tulsa Massacre depicted on-screen happened in our reality the same way it happens in Watchmen’s.

We’ve heard so much about the fact that the show is set in an alternate history that having it start with a real historical event can seem out of place and for the next 50 minutes or so which follow that opening, that feeling persists.

It’s only in the episode’s final moments that we understand their relevance, as we are left with one the show’s most vivid images: A white police officer hanging from a tree, and the black man responsible sitting at his feet. 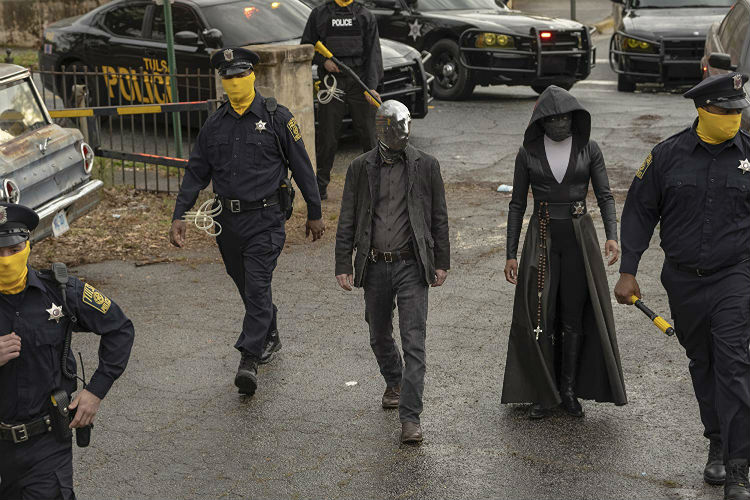 It’s quite a way to end the first episode of a show that seems destined to be controversial.

But here is where I’ll say — and you’ll just have to take my word for it as someone who has seen the first six episodes — that the show is just as good at crafting a season-long arc as it is a standalone episode.

Both the inclusion of the Tulsa Race Massacre and that final image of Watchmen’s season premiere aren’t meant for mere shock value; that final scene in particular isn’t a heavy-handed way for the show to say, “in this America, everything is different!”

Instead, the two scenes work together and, as the story spins out further, show us that for all its costumed heroes, the world of this Watchmen series isn’t actually all that different from ours after all (unfortunately).

Watchmen is a show that values patience — but one that rewards it as well. Both those scenes — as difficult as they might be — connect to the show’s season-long narrative and thematic arcs, and the payoff is both tremendous and well done.

Which is why I said earlier that this is a show that is about race and racism in America, first, and superheroes, second. The first person in a mask is a beat cop who shows up 10 minutes into the season premiere, and we don’t get to see Regina King’s completely badass Angela Abar suit up as Sister Night until a good 25 minutes into the show.

Of course, from there, it’s a more standard rate of masked heroes and superhero shenanigans: we meet Tim Blake Nelson’s Looking Glass and Andrew Howard’s Red Scare, we see something called The Pod for interrogation, we watch a raid between the masked detectives and the Rorschach-masked 7th Calvary.

Still though, these superhero-adjacent events all stem from race-based violence. Though they’re inspired by the psychologically troubled anti-hero Rorschach from 30 years ago, the 7th Calvary are essentially the KKK with new masks. The police force in Tulsa wears masks in the first place because of a coordinated attack from the 7th Calvary three years prior to the show which wiped up much of the police.

Make no mistake — yes, this is the direct descendant/sequel to Watchmen and it has masked heroes in it. However, at its heart, HBO’s Watchmen is a story about the insidious, destructive nature of white supremacy in America — just told with different capes and masks than we’re used to. 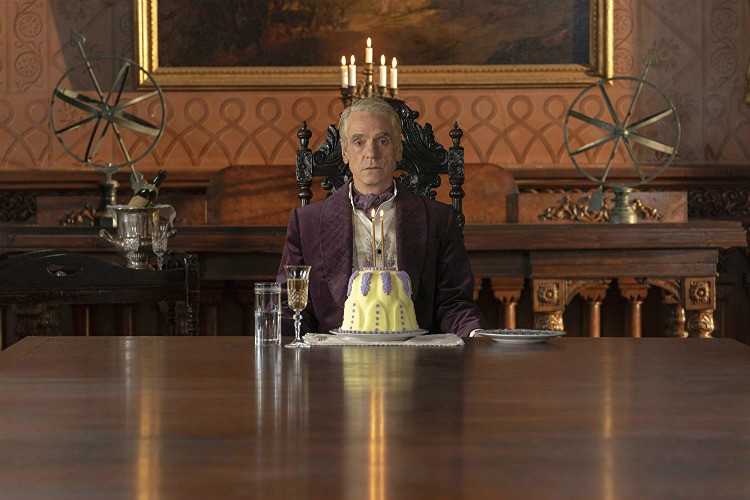 What did you think of the ‘Watchmen’ season 1 premiere?