Watchmen season 1, episode 2, “Martial Feats of Comanche Horsemanship,” takes us deeper into the mysteries at play both in Tulsa and wherever Jeremy Irons’ character is currently at.

“There’s a vast and insidious conspiracy at play here in Tulsa,” Will Reeves tells Angela in the dimly lit kitchen of her fake bakery. “And if I told you about it, your head would explode. So I have to give it to you in pieces.”

That quote essentially sums up not only this episode of Watchmen, but the entire show itself.

It also points to another way this show is the spiritual descendant of the original Watchmen comic.

In Alan Moore and Dave Gibbons’ comic, it was the murder of the Comedian (who was planning a catastrophic massacre in New York City as a way to avert a nuclear holocaust) which eventually led to the group of the Minutemen back to Ozymandias.

That group of heroes — unable to argue with the logic of his plan, even if they found the execution of it abhorrent and immoral — allowed it to go on, bringing us the wholly changed world that we get in this show.

In Damon Lindelof’s Watchmen, it is the death of Police Chief Judd Crawford that acts as the inciting incident, and it is Angela Abar rather than Rorschach who will act as our guide on the long, winding path back to whatever the eventual conspiracy might be.

In this episode, we uncover some big secrets but are given no revelations as to the nature of the conspiracy itself. In fact, as many answers as we get in this episode, we’re left with more questions overall — and a major what the fuck moment to close out the episode’s end. 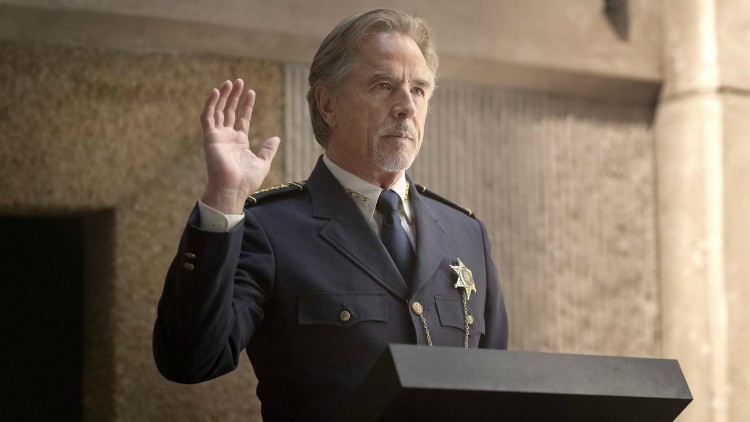 However, this week’s episode begins to address that, both indirectly and directly.

Just as last week’s episode started with a historical flashback that highlighted the long history of racism and race-based violence in America, so too does this episode.

Last week’s episode of Watchmen began with a historical flashback that highlighted the way in which racism not only takes lives, but the way it targets economic advancement of Blacks in America.

This week’s episode starts with a historical flashback that highlights the racism against the Black community and the way in which it’s intertwined with institutions of authority, like the military (and, we can then assume, the police).

“Martial Feats of Comanche Horsemanship” starts in Germany during WWI with a high-ranking German Army official drafting a letter to the Black members of the American army currently marching within his country’s borders. He asks the soldiers why they’re fighting for a country that treats them as second class citizens and tells them that defecting to Germany would be better, as they would be given the rights that they aren’t given in America.

We can presume, of course, that wouldn’t be true, and that the letter itself is merely a ploy to weaken the American army. Still, it’s hard to argue with the description of America and of the treatment of its Black citizens that the German letter outlines.

In fact, there’s one line specifically in the letter that resonates with the characters on-screen and seems to comment on the story Watchmen is telling: “To carry the gun in the service of America is not an honor, but a shame.”

That line resonates with Will Reeves’ father in the 1920s because he’s a soldier fighting for a country that spits on him, that makes him sit in a separate part of the streetcar, and has no qualms about destroying everything he holds dear. And that line is still one that remains relevant to Angela Abar in 2019, who believed in and cried for a man who had a Klan robe hanging in the back of his closet. 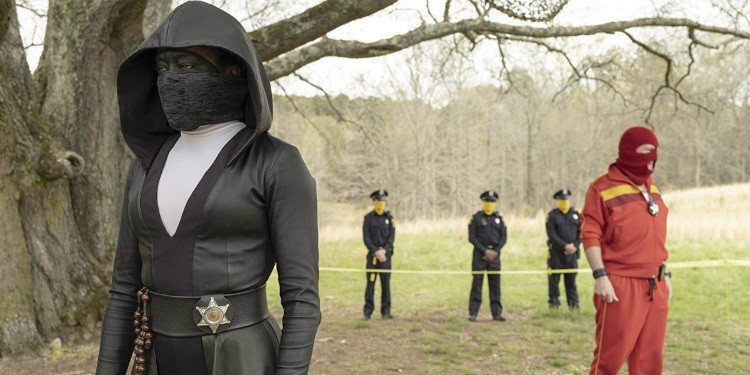 Judd Crawford’s hanging is the inciting incident for this episode of Watchmen, with all the rest of the storylines flowing outward from there.

We saw a bit of Louis Gossett Jr’s character last episode, but he takes center stage in this one. Though we already know from the show’s flashbacks that his life has been defined by the Tulsa Massacre, we find out in this episode that he’s more connected to the characters and the plot than we thought, as it’s revealed that he’s Angela’s grandfather.

And though he jokingly says he’s Dr. Manhattan, we know that isn’t true because, first of all, Dr. Manhattan can’t look human and second of all, as the show likes to remind us again and again, Dr. Manhattan is on Mars.

But it also seems obvious that Will is more than just Angela’s grandfather. He says that he’s got friends in high places, a statement we then come to find ought to have been taken literally as he is whisked away by a giant magnet at the episode’s end, just before Angela can take him into the station for questioning.

He knows much more than he’s letting on — he even says it himself — but he offers no hints as to what that might be. Which means Angela not only has to struggle with learning that her chief was not who he said he was, but she also needs to solve his murder, figure out what happened to Will and try to make sense of the conspiracy he’s hinting at.

The storyline having to do with Judd’s death gives us some great character moments and fleshes out the world of Watchmen a bit more. We learn about the White Night, in which the Seventh Kalvary made a coordinated attack on all the policemen in Tulsa, and get to know the rest of the characters a bit more.

I know I said it in my last review, but the writing and the acting of this show are so damn strong that it makes every scene such a joy to witness. Louis Gossett Jr. and Regina King are both so incredibly talented that getting to watch them play off one another is like watching an acting masterclass.

And though we don’t get too much from Tim Blake Nelson’s Looking Glass, I really enjoyed the quiet moment between him and Sister Night in the car as he’s recounting how Judd died.

The death of Judd Crawford in this show — just like the death of the Comedian in the Watchmen comics — is only the beginning of the story here, and I can’t wait to see where Watchmen takes us and what deeper conspiracies the show uncovers. 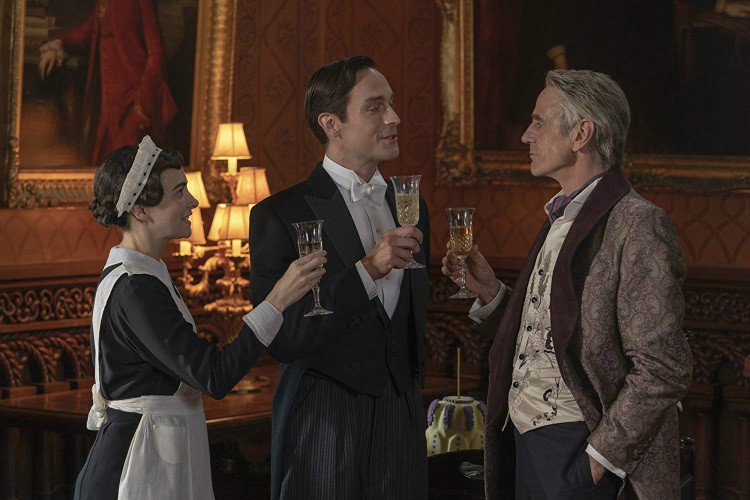 Last week, I relegated Jeremy Irons’ storyline to the stray thoughts section of my review, but this week’s was so odd and disconcerting that I felt like it deserved a section of its own.

The show itself hasn’t yet told us who Jeremy Irons is, though given his age, the play he has his servants enact, and his general demeanor, guessing that he’s Adrian Veidt — aka Ozymandias — doesn’t seem like it requires too wild a guess.

Something that does require some wild guesses? Trying to figure out where the hell he even is and what the hell he’s up to.

The last episode made it seem like he was off gallivanting in some English countryside somewhere with his incredibly odd servants. This week’s episode highlights that he’s probably not in an English countryside, and he may not even be on Earth given that he picks what looks to be a tomato off of a tree and eats it.

But stranger than this is what he chooses to do with his time. He has his two servants re-enact the genesis of Dr. Manhattan, and that play is just one WTF moment after another.

Mr. Phillips, playing Jon Osterman, gets burned alive, only to reappear very much alive as Dr. Manhattan. Then all the helpers for the play take off their masks to reveal that they’re all a Mr. Phillips or Ms. Crookshanks, and Jeremy Irons casually tells them to throw the burned corpse of the now-dead Mr. Phillips “with the others in the basement.”

This story is completely disconnected from the main storyline and offers the biggest mysteries yet. Given what we know, I’m going to make a guess that his servants are clones and Adrian isn’t on Earth at all. Where he is, I have no idea, but tomatoes don’t grow on trees like that. 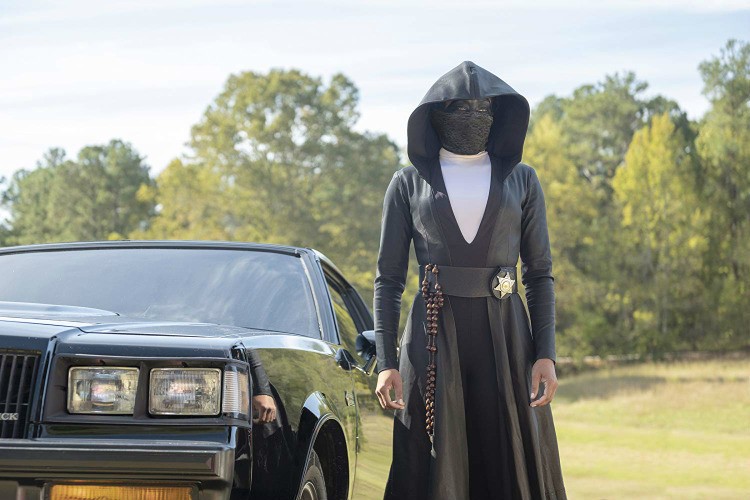 What did you think of ‘Watchmen’ season 1, episode 2, ‘Martial Feats of Comanche Horsemanship’?