Watchmen season 1, episode 6 “This Extraordinary Being,” is an artfully crafted flashback episode that illuminates many of the season’s biggest mysterious.

With the decade winding down, one of the more popular things to do around the Twitter-verse is to list off your top movies, shows, episodes, musical acts, etc, of the decade.

To be sure, there have been a lot of really great TV shows and individual episodes in this last decade. We are, after all, living in the so-called golden era of television. And while I haven’t yet seen the entire season of Watchmen, and am therefore unable to tell you where — or if — I’d put it on any best-of-the-decade lists, I feel fully confident in placing tonight’s Watchmen episode, “This Extraordinary Being,” on any list that counts down the best individual episodes of TV of the decade.

This completely self-contained flashback episode is Watchmen at its best. There is not a wasted moment of storytelling and scenery here, and every single character shines in one evocative, compelling scene after another. As I mentioned in my first review, Watchmen is a show that manages to craft both a great individual episode and an season-long arc, and “This Extraordinary Being” is the prime example of that.

This is a superb example of storytelling that stands on its own and seamlessly manages to connect with the present-day storyline and thematic threads despite spending only a few minutes overall in the present day.

“This Extraordinary Being” effortlessly weaves in comic book outlandishness with gritty realism, and the series once again shows itself as the spiritual successor of Dave Gibbons and Alan Moore’s Watchmen in the ways in which it uses superheroes to comment on, dismantle and deconstruct both the nature of heroism and the insidious corruption inherent within all systems of power. 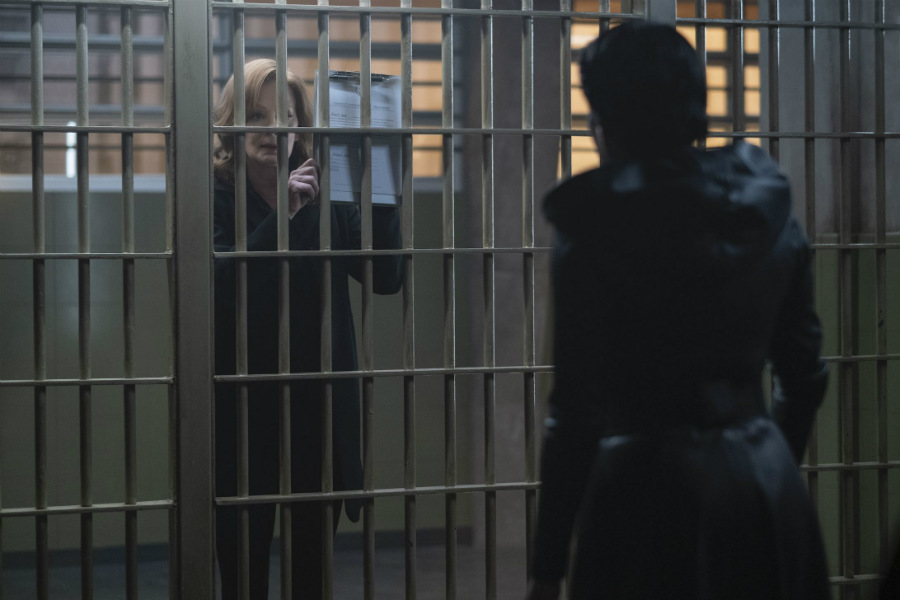 When we last left Angela, she had just ingested an entire bottle of her grandfather’s Nostalgia pills — pills that, we’re told by Laurie Blake in a nice bit of an exposition dump in the first few minutes of the episode — allow people to relive their past memories. However, what was once a treatment for patients suffering from dementia was just too tempting to keep from wider consumption, so eventually the pills just went out on the open market — where they were, quite obviously, then abused and shown to cause severe psychosis.

Especially when you ingest pills that aren’t your own, which Angela has just done here.

The conceit of Nostalgia is a bit of silliness that only gets a pass because we’re watching a comic book show, but I’m glad for it, because it allows us to dive into a flashback episode that is both beautifully directed and just plain cool to watch and experience as a viewer.

Angela isn’t being told the story of her grandfather’s past — she’s living it, flitting in and out of his past memories as her body is struck comatose in the present. We get a few snippets of Agent Laurie Black and her husband, Cal, attempting to get through to her, but most of the episode is spent experiencing the harrowing, sorrowful and tragic life of Will Reeves.

Will Reeves has come in and out of the main plotline for a few episodes; in “This Extraordinary Being,” we finally see just how integral his story is to the overall narrative and the thematic threads that Watchmen has been weaving these last few episodes.

I have yet to see the season finale of Watchmen, but in addition slotting in “This Extraordinary Being” as my favorite episode of the series, I also have to say that it’s the best episode at carefully and methodically weaving together all the disparate story threads. Yes, this episode almost primarily takes place in the past, but it also does a great job making sense of different storylines and showing you just how efficient this show has been so far with its writing.

That little boy we saw escape from the Tulsa Race Massacre 1921 is not only the same man who ends up hanging Judd Crawford in 2019 — he’s also the same man who dons the executioner’s rope around his neck and hood on his face as Hooded Justice in 1938. Which means the thematic thread of white supremacy in power structures, the narrative thread of Judd Crawford’s murder, and the frame story of “American Hero Story” that’s been running alongside of Watchmen this entire time all flow through and around Will Reeves. 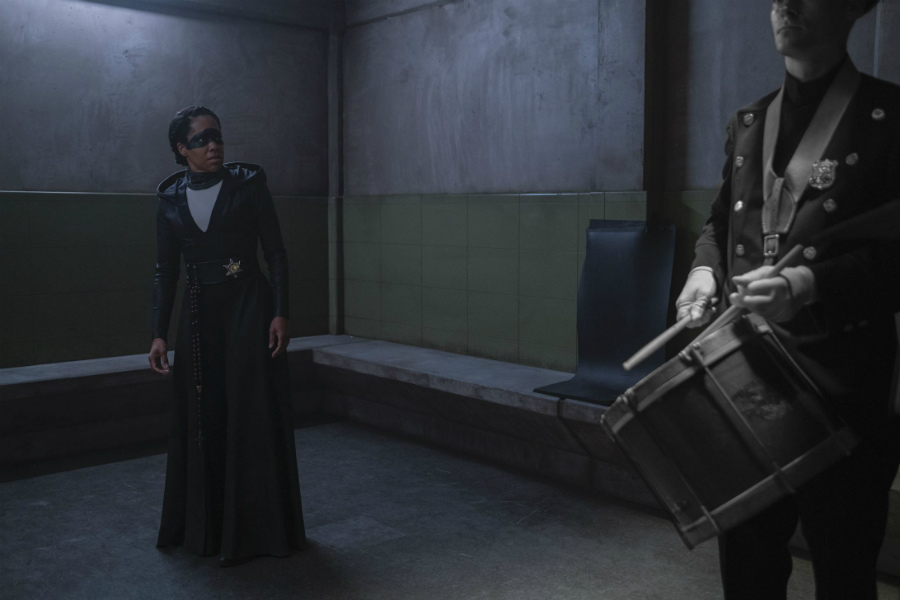 The opening scene of this week’s Watchmen comes from the gritty TV show re-imagining of The Minutemen, in which we get to see the cultural currency held by a figure of Hooded Justice and understand the canonical beliefs about him that persist through to the present day.

But that depiction of Hooded Justice, though draped in some semblance of truth, also distorts the reality of who the man truly was — just as what we think of superheroes is a gross distortion of who they actually are and what they’re actually like.

The Hooded Justice who rips off his mask in American Hero Story is an angry, violent white man without a past but with all the power; the Hooded Justice we meet in this episode is a Black man righteously enraged by his past — one who is not only continuously stripped of power, but told that he can never take his hood off because of who he is.

But what seemed like an initial blindspot in the storytelling has been increasingly attacked over the course of the show, with last week’s episode highlighting not only the ways in which power structures and white supremacy have been and continue to be aligned, but how their alignment is so powerful that even well-meaning individuals are cowed into and eventually succumb to the agenda and power of white supremacy.

This week, Watchmen takes that idea further, delving not only into the long, entrenched relationship between white supremacy and the police, but the ways in which no power structures involving whites can really be inoculated against racism and white supremacy.

You ain’t gonna get justice with a badge, Will Reeves, you gonna get it with that hood. And if you wanna stay a hero, townsfolk gonna need to think one of their own is under it.

The life of Will Reeves has been a long series of major tragedies and minor tragedies.

A boy who grew up in a bustling Black community saw it burned down around him by the white community. A man who idolized Bass Reeves so much that he joined the police force was then nearly killed by white, racist cops in the force.

And a hero who tried to step up and do the right thing for his community but was shunned by the very team of superheroes who recruited him, disregarding the vast conspiracy he had uncovered with the sort of callous racism that only comes from writing off an entire community as being less than you.

As June Reeves says — The Minutemen, and Captain Metropolis in particular — don’t care about Will or his fight against white supremacy, they only care about him in terms of what he can give them. He provides their heroism with legitimacy, even if — as a team — they wouldn’t consider him to even be a legitimate person because of his skin color.

Watchmen may not be concerned with deconstructing superheroes, but it is interested in casting a long, hard and damning look at the way the most powerful have continuously and deliberately failed the most powerless among them.

“This Extraordinary Being” highlights the way white supremacy infests all systems of power — an infestation that has been nursed and fed in millions of different ways, by thousands of conscious and subconscious acts, by hundreds of people comfortable with their power and desperate to preserve the status quo.

Yes, Will Reeves uncovers the KKK conspiracy that aims to use mesmerism to commit violence and atrocities against the Black Community, and yes, he’s able to take down that one arm of the conspiracy in one place, at one moment in time.

But in doing so, what he learns is this: the vast and insidious conspiracy he uncovers isn’t just in New York or in Tulsa — it’s within the very beating heart of America. It is white supremacy and it is in every structure of power, within every would-be and current hero, within the everyday acts of everyday people.

And in 2019, it was reborn as The Seventh Kalvary.

In 1938, Will Reeves was able to uncover the conspiracy and shut it down — as much as he could.

We’ll have three more episodes to see if his granddaughter can do the same. 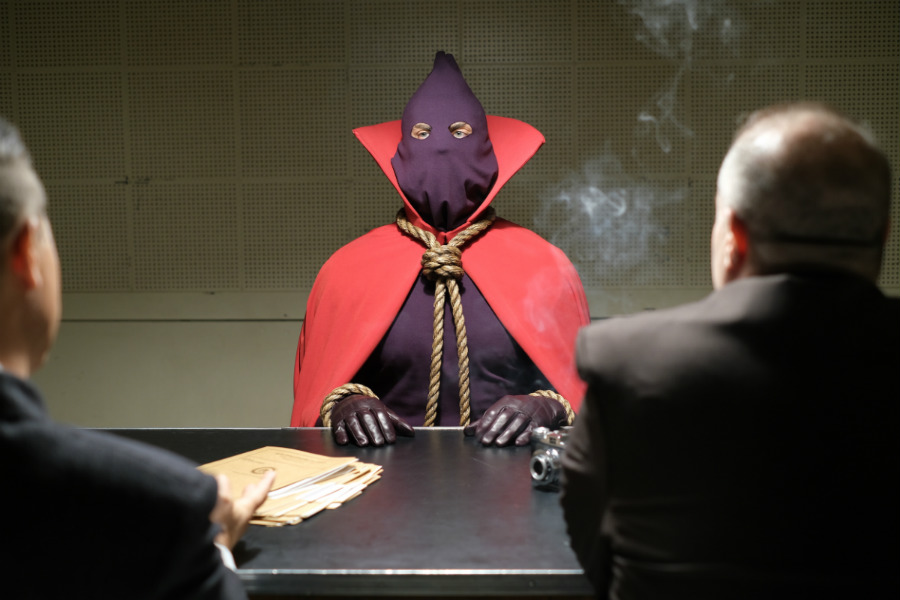 What did you think of ‘Watchmen’ season 1, episode 6 ‘This Extraordinary Being’?