The Watchmen season finale neatly tied together all story lines, character arcs, and mysteries, and in doing so, solidified itself as one of the best shows of the decade.

One of my biggest questions — and, I’ll admit, concerns — going into the Watchmen season finale was: How in the hell is the show going to pull together all these different threads?

(This question was often quietly but insistently followed up by its more cynically related question of — is it even possible?)

Watchmen spent the first four episodes methodically laying out its many mysteries — the man in the manor house, the vast and insidious conspiracy, the murder of Judd Crawford, and the role of Will Reeves. It then spent the next four episodes after that working to unravel those mysteries for us, so that we came to know that it was Veidt stuck on Europa, that Cyclops and the Seventh Kalvary were one and the same, that the conspiracy at the center of Tulsa revolved around Dr. Manhattan, and that Will Reeves had been Hooded Justice — the very first masked superhero — this whole time.

Given all these many different story threads (and all the many times I’ve been let down by prestige television), it should feel at least understandable why I was worried — perhaps we might even say skeptical — of Watchmen ‘s ability to tie it all together in a way that was not only sensical, but satisfying.

Well, hot damn everyone, looks like my skepticism was completely misplaced. Because not only did Watchmen bring together its many disparate story lines without feeling rushed or chaotic, it provided us with an ending that was not only satisfying, but so damn impressive that I feel confident about putting this season of Watchmen on my completely-in-my-head list of “Best TV shows of the decade.” 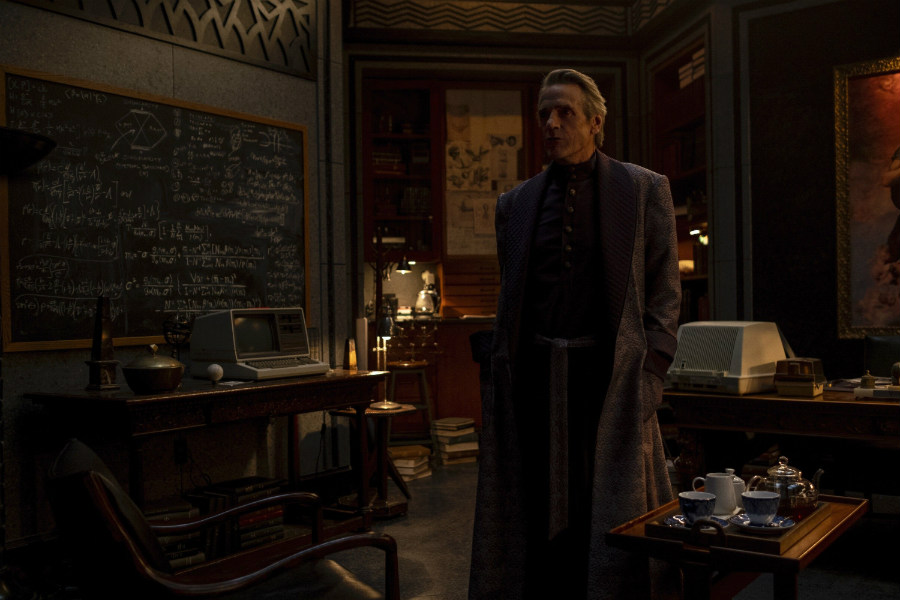 On a lesser show or with a lesser actor, this completely unconnected (for the first eight episodes, at least) mystery story turned horror story turned…escape narrative, I guess, would’ve derailed the show completely, or at least been the part of the show that you went and got a snack during or took your bathroom break.

However, Watchmen isn’t a lesser show and Jeremy Irons isn’t a lesser actor, so even when we didn’t know what on Europa was going on or how it all connected, it was still great to check in with our lord of the manor every week.

When we saw Adrian making a message out of bodies back in episode 5, I wrote about the fact that you could see the beginning of another word after “save me” — one that began with a D. At the time, I theorized that the D was the start of Dr. Manhattan; however, in this episode, we learn that the d was the beginning of the word “daughter.”

And who is his daughter? None other than the current holder of Veidt Industries herself, the enigmatic Lady Trieu.

Finding out that Lady Trieu is Adrian’s daughter is a fantastic and, not to mention, expedient way to connect him to the main story line. It gives us a literal connection between the two characters who, throughout the show, have felt most outside the lead narrative and pushes them both into the main story line in a big way.

It also allows for Adrian to finally join the rest of the cast, and if there was one big criticism I had of the finale and the show in general, it’s that I wish the season were one or two episodes longer. I talked about how I felt the pacing was rushed in episode 7 when compared to the earlier episodes, and I think another episode or two could’ve really helped smooth that out a bit. Likewise, I would’ve liked to see a bit more of Adrian interacting to all the characters and reacting to the world around him.

I still like what we got and I think it was enough; it’s just that the show is so good I want more of everything, including Adrian. 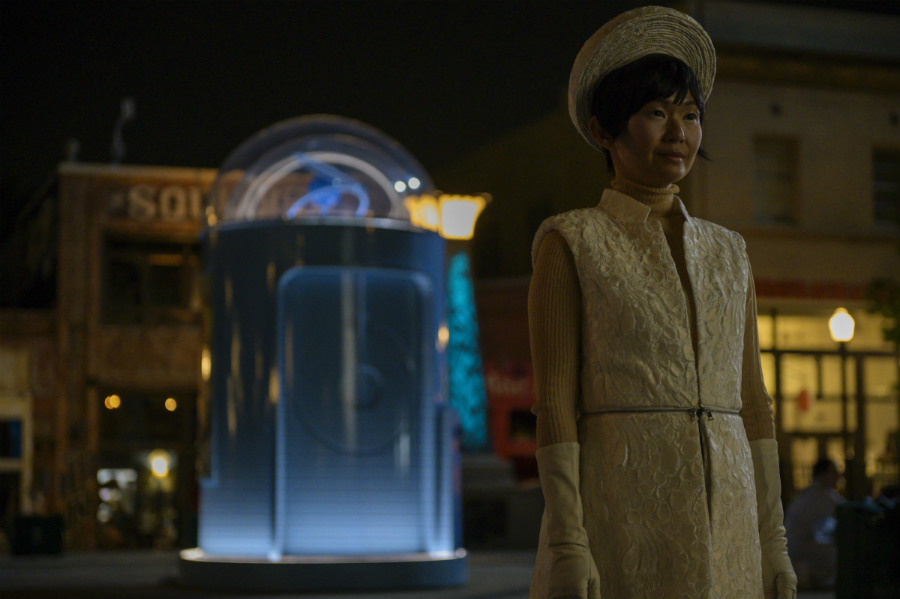 Adrian Veidt’s story line might have been the biggest mystery, and the reveal that Cal Abar was, in fact, Dr. Manhattan the entire time was the biggest surprise, but it is Lady Trieu who has been Watchmen ‘s biggest enigma.

We have spent the majority of the season not knowing who she is, where she came from, what exactly she’s doing or why she’s doing it.

By the end of the episode, we learn the answers to all those questions — each one of them a big reveal, except for the answer to the very last question.

No, the answer to that last question — why is she trying to save the world — was already revealed to us in Lady Trieu’s very first scene on Watchmen.

She’s saving the world because she — like Veidt — is obsessed with legacy. And since legacy is all about the self — that which we leave behind in the world to prove that we existed and that we mattered — Lady Trieu’s purpose in saving the world isn’t couched in altruism, but in narcissism.

Looks like the apple doesn’t fall far from the tree after all. Indeed, I spent a lot of this season calling Lady Trieu the spiritual successor to Adrian Veidt; this episode made her his literal successor in both genetics and raging narcissism disguised as heroism.

34 years ago, Adrian Veidt wanted to save the world by changing the hearts of men. He concocted a conspiracy as big as the squid he created and thought both would good enough to turn men’s hearts away from death and destruction.

And it was — for a little while. But mankind isn’t so easily changed, and after the fear had worn off, mankind went right back to pushing the Doomsday Clock back to midnight. Lady Trieu saw this and having the same superior intellect as her father — along with the same wild narcissism — instead sought to save the world by changing the world itself.

She sought to be a god herself, intent on remaking the world however she saw fit — and given that she is the smartest women in the world, that couldn’t be all that bad, could it?

It’s a worthwhile question to entertain, and one that Wade Tillman asks for us. But the answer that Adrian gives provides a truth of its own, one that we can accept as the truth given all that we’ve seen in our own lives and both renditions of Watchmen —

Anyone who seeks to attain the power of a god, must be prevented at all costs from obtaining it.

Because anyone who sees themselves worthy to be a god can be nothing but a raging narcissist, and a narcissist would not create a better world — they would instead create a world that served no purpose but to worship them. 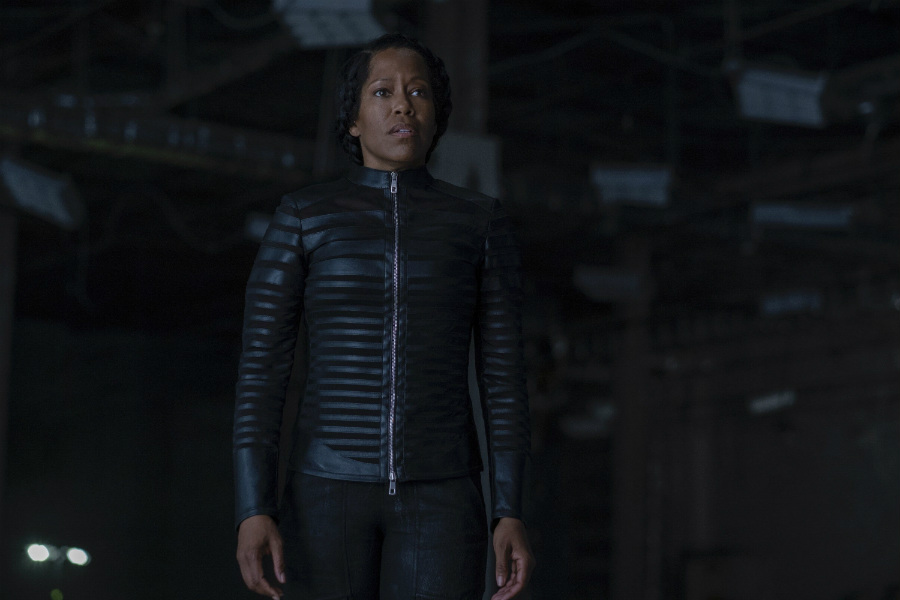 However, all those different aspects to Watchmen ‘s storytelling lead back to one major idea: power — who has it, who deserves it, and what we’re meant to do with it.

All through this season, we’ve seen the gross misuse of power — all the big and little ways power can be corrupted and how that corruption can infect entire systems. We’ve seen what happens when power becomes an end to itself — how it warps both intent and outcome.

But we’ve also seen what power looks like when it finds its way to the powerless, what it can do for those who have lived life on the fringes, how the right combination of power and righteousness can change lives or change the world.

And we’re also left wondering what power might do if left in the right hands.

Like all great stories, Damon Lindelof’s Watchmen gives us a definitive ending — Dr. Manhattan and his immense power are gone, Veidt will have to answer for his crimes from 1985, and Lady Trieu won’t be able to harness the power of a god for her own ends.

But like all the best stories, Damon Lindelof leaves us with an ending that allows the story to go on even past the final scene.

We see Angela — a flawed and fierce woman who neither wanted power for its own sake nor sought to use it to heal her own wounds — on the edge of her backyard pool, ready to step out onto the water and see what true power might be.

I like to think she’d do more with it than Dr. Manhattan did. 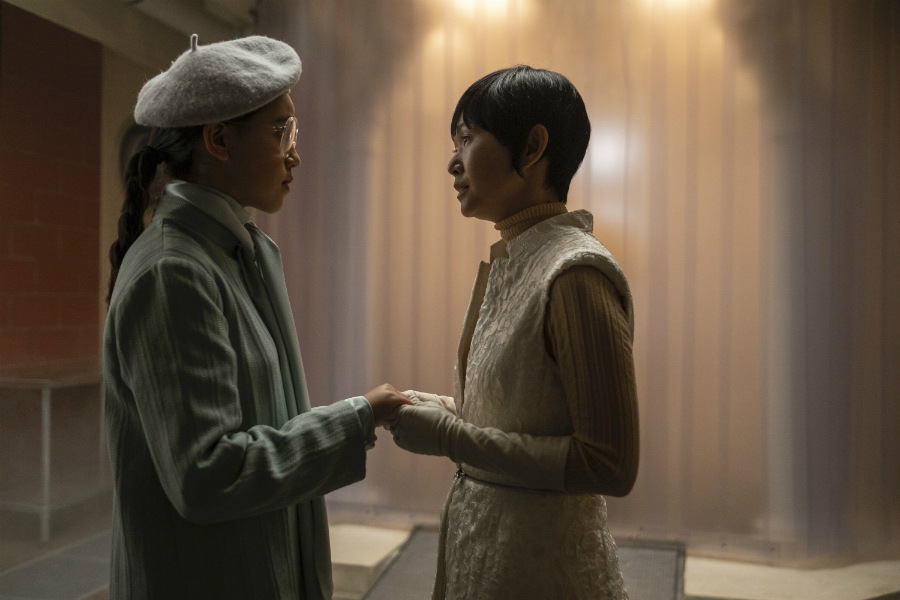 What did you think of ‘Watchmen’ season 1, episode 9 ‘See How They Fly’?