This Thanksgiving, if you’re a Percy Jackson fan, there is a lot to be thankful for: notably, the faithful musical adaptation currently playing Broadway!

On Thanksgiving, everyone gathers around the table to give thanks. Here’s what we imagine the Olympian gods are thankful for regarding the existence of The Lightning Thief Musical. (Spoilers ahoy, obviously!)

Poseidon is thankful to be getting his due with a Broadway musical all about his son! Chris McCarrell is the most perfect Percy Jackson possible. His Percy is sassy and impertinent. McCarrell as Percy also shows the hurt that Percy carries around with him and sings like an angel whenever he reveals that hurt (most memorably in “Good Kid”).

Athena is thankful for the Annabeth in the musical. Played to (blonde!) perfection by Kristin Stokes, this Annabeth is a fierce feminist who makes no apologies for being badass. She’s someone for girls to look up to, as she imparts the wisdom: “Most girls never win if they’re polite.” Kristin Stokes also lives up to the role she’s playing, as the cast’s resident PJO expert and all-around Wise Girl.

Hermes is thankful for the portrayal of his son. The musical captures the nuance of Luke’s character, played with all the requisite charisma by James Hayden Rodriguez. It’d be easy to write Luke off as the villain by saying he’s just plain wrong or evil.

But the musical takes the time to show us where Luke’s coming from, to show how he’s really not so different from Percy (all accomplished in the heart-breaking reprise of “Good Kid”). Just as the books kept us hoping for the best for Luke because he’s not totally wrong about the deadbeat gods, so the musical leaves you sympathetic to Luke.

Zeus is thankful that the musical takes time during its quest to remember Thalia Grace, one of the most compelling and (initially) tragic characters in the books, with a haunting song about “The Tree on the Hill.” In this way, although the musical stands on its own, it is in conversation with the wider world of Riordan’s books.

Hera is thankful for such a great portrayal of motherhood on Broadway, where mothers are often given short shrift. This show takes the time to establish Percy’s relationship with Sally, who in one song (“Strong”) shows us why she’s the best mom in all of MG/YA.

Demeter is very concerned about what people eat, and she is thankful that Percy eats blue food in the show! 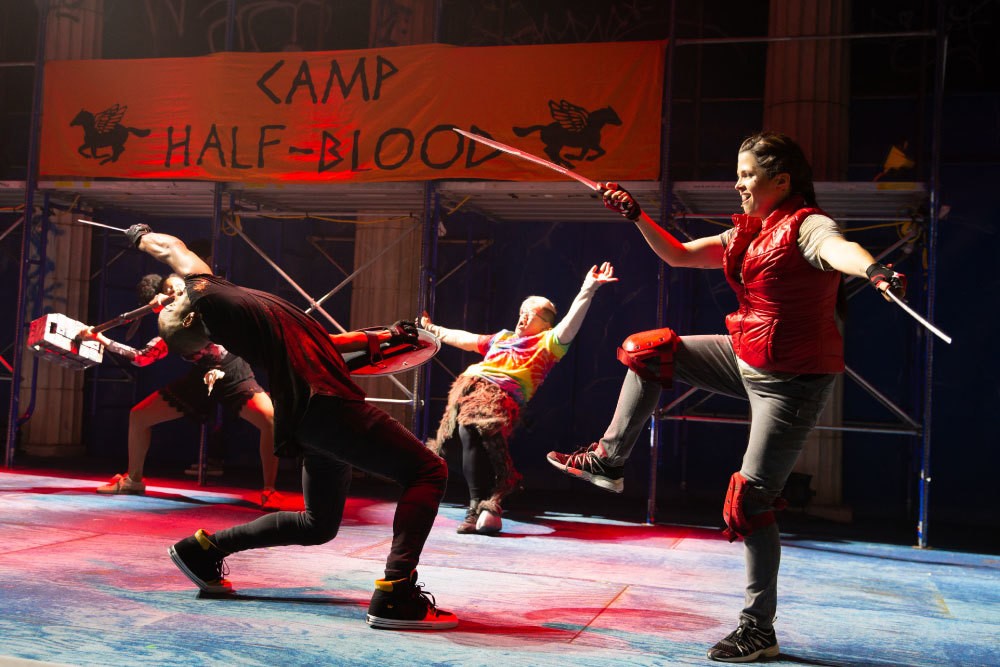 Ares is thankful for the cool action sequences in the show! Specifically, there is a legit Capture the Flag sequence being presented on a Broadway stage! Whether you relate to Clarisse and want to put people in their place, or whether you’re more like Grover and would rather hide in a tree, there’s no denying the sequence is awesome.

Artemis is thankful for how the musical leaves us with the important message, “The things that make you different are the things that make you strong.” Artemis was always different from the other Olympians, getting much more involved in the real world with her Hunters, and that’s what made her strong. It’s a message that all audiences, but especially the young ones who found solace in the books, will take to heart.

Aphrodite is thankful for one specific moment at the end of the musical: when Percy and Annabeth call each other “Seaweed Brain” and “Wise Girl.” Be still our Percabeth-shipping hearts!

Apollo is thankful to have a new jam for when he drives his sun chariot! The song “Drive” is now available to be blasted on all road trips — speaking from experience, it’s a pretty great feeling to be belting “Driiiiiive, just driiiiiiive!” in a car with your friends.

Dionysus is thankful for having a showstopper during the show, “Another Terrible Day,” which gives audiences a chance to get to know the campers even as they’re laughing at his antics. Who doesn’t want to just scream out their frustrations on occasion?

Hephaestus is thankful for the craftmanship that went into this show. From the designers to the writers, from the musicians to the actors, every aspect of the show is created with talent and with care. So many of the team are making their Broadway debuts with The Lightning Thief, and the results speak for themselves: These talents belong on Broadway! 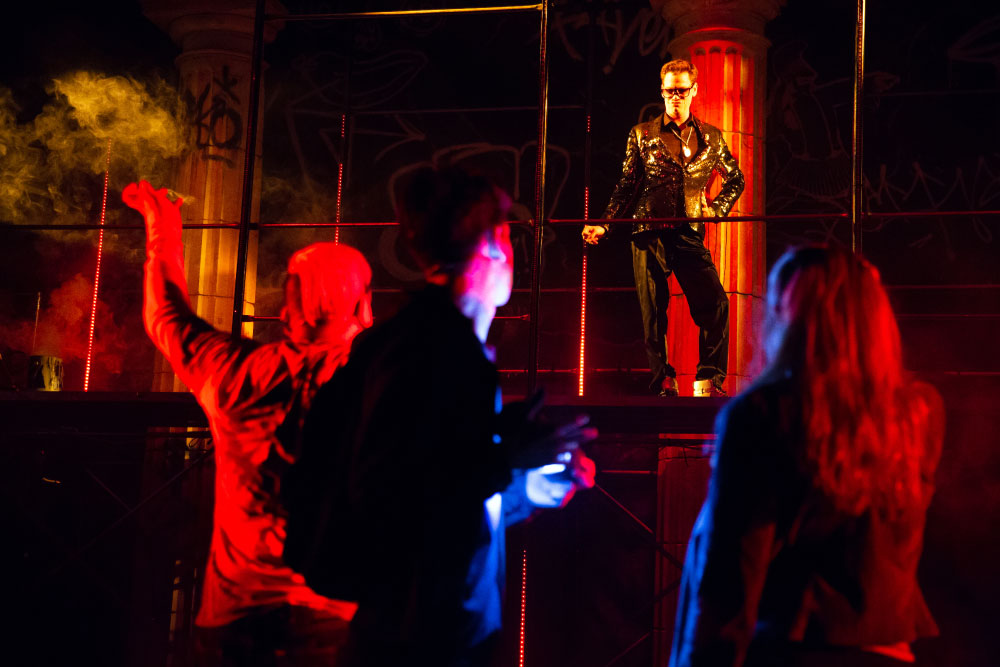 Hades (even though he’s not an Olympian, he counts!) is thankful both for a fabulous sequined gold suit to wear and for a cameo by Bianca di Angelo in the musical. That not only serves as a great Easter egg for fans of the books, but also means that we meet the children of each of the Big Three during the musical. On the subject of hidden gems for readers of the books, there are enough Easter eggs for eagle-eyed fans to keep coming back to catch new ones during the show.

We, as fans, are thankful for the community that the PJO fandom has created online. Specifically, the musical’s Twitter account is engaging with fans in a way that just isn’t being done by other shows. In between self-care advice and teaching school-aged fans about the French Revolution, @LTMusical keeps thousands of fans engaging with the show and with each other, based on a shared love of Rick Riordan’s work.

There is just over a month left in The Lightning Thief’s Broadway run, and we can’t recommend it highly enough! Go see the show; you’ll be thankful you did! For more info, visit their website.